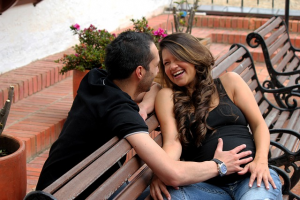 Data from randomized controlled trials show that Coenzyme Q10 supplementation is positively associated with improved sperm density and motility and, to a certain extent, with improved pregnancy rates.

Actually, we have known about the benefits of Coenzyme Q10 for treating men with significant abnormalities in sperm morphology and motility for 10 – 15 years now.  Let’s have a look at the clinical research results reported in journal articles indexed by Medline.

Researchers enrolled 212 infertile men with various sperm abnormalities. Half of the patients were randomly assigned to receive 300 milligrams of Coenzyme Q10 daily, and half took matching placebos for 26 weeks.  The researchers then continued to follow the patients’ progress for a 30-week treatment-free phase.

In this study, researchers enrolled 287 infertile men with various sperm abnormalities. They treated the patients with 300 milligrams twice daily for 12 months. They then followed the patients’ progress for another 12 months with no Coenzyme Q10 treatment.

After 12 months of treatment with Coenzyme Q10, the patients showed significant improvement in mean sperm concentration, sperm motility, and sperm with normal morphology, all at the p = 0.05 level. Moreover, based on data from the follow-up period, the researchers concluded that the CoQ10 supplementation improved the pregnancy rate.

Variocele is the medical term for an enlargement of the veins within the scrotum. Varicoceles are a known cause of male infertility; they cause increased oxidative stress. They can result in low sperm production and decreased sperm quality.

In this study, researchers recruited 38 infertile men with low-grade variocele, who were given 100 milligrams of Coenzyme Q10 daily for three months.  The Coenzyme Q10 treatment improved semen parameters and antioxidant status.

The researchers concluded that oxidative stress is an important factor in the development of male infertility, also in cases of varicocele, and that the use of antioxidant therapy involving Coenzyme Q10 supplementation should be considered.

The researchers in this study were motivated by the hypothesis that oxidative stress, the overproduction of harmful reactive oxygen species, is a process that plays a major role in the development of abnormal sperm parameters.  Oxidative stress results in damage to cell structure as well as to various lipids, proteins, and DNA.

They found significant improvements in sperm concentration and motility associated with the Coenzyme Q10 therapy. Furthermore, the treatment resulted in a partner pregnancy rate of 28.4%.

Researchers investigated the effect of CoQ10 supplementation on the endogenous antioxidant enzymes superoxide dismutase and catalase in the seminal plasma in infertile men. The 47 patients took 200 milligrams of CoQ10 or placebo daily for 3 months.

After three months of treatment with Coenzyme Q10, the patients had significantly higher superoxide dismutase and catalase activity compared to the patients in the placebo group. There was also a  significant positive correlation between CoQ10 concentrations and normal sperm morphology.

The researchers concluded that Coenzyme Q10 treatment at the level of 200 milligrams per day can attenuate oxidative stress in seminal plasma and improve semen parameters and endogenous antioxidant enzyme activity.

Not all CoQ10 supplements are the same. Some are better absorbed and give better bio-availability than others.