Coenzyme Q10 is a essential component in the cellular process of energy production, and Coenzyme Q10 plays an important role in the antioxidant protection of the cells [Crane 2001]. 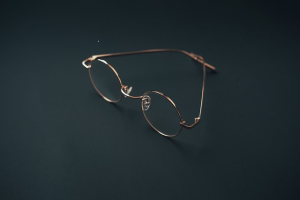 With increasing age, our cells decline with respect to energy production and with respect to the threat from increased generation of harmful free radical species [Hargreaves, Heaton, & Mantle 2020].

Most of the Coenzyme Q10 available to the cells comes from endogenous bio-synthesis. Optimal CoQ10 bio-synthesis occurs in our 20’s and then follows a decline with increasing age that varies in different tissues and organs [Kalén 1989]. In heart tissue cells, the bio-synthesis of Coenzyme Q10 at age 80 may be approximately half of what it was at age 25 years.

With respect to the eye, Qu et al [2009] found that CoQ10 levels in the retina can decline by approximately 40% between age 30 and age 80. Qu et al concluded that such lower concentrations of Coenzyme Q10 in the retina could have as a consequence:

In other words, the decline in CoQ10 levels in the retina might be linked to subsequent progression of macular degeneration [Qu 2009].

Cataracts, glaucoma, and macular degeneration are age-related disorders of the eye. Here, we want to summarize the results of using CoQ10 supplementation for the prevention or treatment of eye disorders. We will not be summarizing the results of lab studies or animal studies of Coenzyme Q10 and eye disorders.

Cataracts are the cloudy areas in the lens of our eyes. They make our vision blurry, hazy, and even less colorful. For the most part, cataracts develop as a result of aging-related natural changes in our eyes [National Eye Institute 2019].

Glaucoma is a common disorder that typically but not always results from damage to the optic nerve. There is greater risk of glaucoma after the age of 60 years. Glaucoma is characterized by increased eye pressure and the build-up of fluid in the eye. The treatment is medication that lowers eye pressure and, if necessary, laser treatment that drains the fluid out of the eye [National Eye Institute 2019].

There is some evidence that mitochondrial dysfunction and oxidative stress in retinal ganglion cells contribute to the degeneration of the optic nerve [Ahmad 2013]; this suggests a possible role for CoQ10 treatment of glaucoma.

Macular degeneration is an aging-related disorder of the macula, the part of the retina that controls the straight-ahead central vision [National Eye Institute 2019]. Mitochondrial dysfunction and oxidative stress are also associated with age-related macular degeneration.

In a randomized controlled trial, researchers treated patients with macular degeneration with a combination of Coenzyme Q10, acetyl-L-carnitine, and omega-3 fatty acids for 12 months. Compared to the placebo treatment, the active treatment was associated with significant improvement in four parameters of visual function. The researchers concluded that the combination of supplements, all of which affect mitochondrial lipid metabolism, may improve and subsequently stabilize visual function [Feher 2005].

Method of Administering Coenzyme Q10 to the Eye

CoenzymeQ10 applied topically to the eye has poor penetration into the eyeball and, consequently, poor bioavailability to the cells. The poor uptake of topical Coenzyme Q10 is caused, partly, by the size and lipid solubility of the CoQ10 molecules and, partly, by the action of the P-glycoprotein efflux pump in the corneal epithelial cells. This pump action forces Coenzyme Q10 out of cells. There is some evidence that the combination of Coenzyme Q10 with alpha-tocopherol will increase corneal penetration and intraocular absorption of the Coenzyme Q10. The alpha-tocopherol acts as an inhibitor of the P-glycoprotein pump [Parisi 2014].

Conclusion: Coenzyme Q10 and the Eye

The role of Coenzyme Q10 in mitochondrial bioenergetics and Coenzyme Q10’s antioxidant properties are the basis for its clinical applications in the prevention and treatment of eye disorders [Crane 2001].

Considerable evidence supports the role of Coenzyme Q10 in promoting retinal health through the inhibition of free radical production and through the protection of neuroretinal cells from oxidative damage [Bilbao-Malavé 2021].

Research has shown that the formulation of the CoQ10 supplement is much more important for CoQ10 absorption and tissue distribution than the form of the Coenzyme Q10 is [Lopez-Lluch 2019]. What this means is that choosing a ubiquinone or a ubiquinol supplement is much less important than choosing a product with documented absorption and bioavailability. The important factor is the formulation – the composition of the carrier oils and the heating and cooling process.

Further studies are needed to explain the potential benefits of CoQ10 prevention and treatment of eye disorders. At this point, Coenzyme Q10 exists as a viable alternative and/or complementary therapy for early age-related macular degeneration [Bilbao-Malavé 2021].

Please click here for additional information about the absorption of Coenzyme Q10.