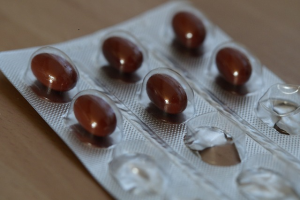 Coenzyme Q10 is a marvelously versatile natural substance.  It is essential for cellular energy production, and it is an important lipid-soluble antioxidant.  Its use as a daily supplement in conjunction with conventional medicines can give heart patients valuable health benefits.

We want to look at the evidence presented in this review article [Ayer 2015].

Antioxidant function
Coenzyme Q10 is the most important lipid-soluble cellular antioxidant and the only lipid-soluble antioxidant synthesized in the human body.  The body has several known enzyme systems that regenerate the antioxidant ubiquinol once it has donated electrons to harmful free radicals and been converted to its oxidized ubiquinone form.

Other biological functions
Among Coenzyme Q10’s other known biological functions are its role in the regeneration of the antioxidant vitamins C and E, its influence on cellular redox signaling, and its protective effects on the endothelial cells lining the inner surfaces of blood vessels.

The therapeutic potential of Coenzyme Q10 supplements
Heart failure
The term “heart failure” does not refer to a failure of the heart to pump. Heart failure is the name for a condition in which the patient’s heart fails to pump adequate quantities of blood to supply the body organs with sufficient oxygen and nutrients.

Typical symptoms of heart failure are shortness of breath, fatigue, and palpitation. Depending on the severity of the disease, heart failure patients are categorized into one of four New York Heart Association (NYHA) classes, class I being the mildest and class IV being the most severe.

In at least eight other smaller randomized controlled trials of the Coenzyme Q10 supplementation of heart failure patients, the investigators reported significant improvement of left ventricular ejection fraction (LVEF) compared with placebo supplementation.  LVEF is the measure of the volume of blood that the heart pumps with each contraction.  It is exactly what needs to improve for heart failure patients.

The results of a recent randomized controlled study [Pourmoghaddas, 2014, 62 patients] have shown that the statin medication atorvastatin alone had no effect on LVEF; however, adding 200 milligrams of Coenzyme Q10 daily to the atorvastatin treatment regimen did significantly improve both the LVEF and the NYHA class of the patients. This is a very interesting outcome.

Ischemic heart disease and Coenzyme Q10 therapy
Myocardial ischemia – the insufficient supply of blood to the heart muscle – is generally caused by the narrowing of the coronary arteries.  The narrowing of the coronary arteries – called coronary atherosclerosis – is generally caused by inflammation and the build-up of plaque on the inner surfaces of the blood vessels. Atherosclerosis is closely associated with oxidative stress, which is an imbalance in the relationship between harmful free radicals and neutralizing antioxidants.

There is a need for more clinical trials of the effect of Coenzyme Q10 in the prevention of ischemic heart disease.  One study enrolling 144 patients/survivors of a first heart attack has shown that four weeks of Coenzyme Q10 supplementation resulted in the following health benefits [Singh 1998]:

The same study continued for the period of one year showed significant reductions in the number of non-fatal heart attacks and in heart disease deaths [Singh 2003].

Cardiac surgery and Coenzyme Q10 therapy
Again, more clinical studies are needed, but the results of a randomized controlled study in which patients aged 56 to 74 years were given 300 milligrams of Coenzyme Q10 or matching placebo every day for two weeks prior to scheduled heart surgery has given hope that pre-operation administration of Coenzyme Q10 can increase mitochondrial function in the heart muscle both before and after heart surgery [Rosenfeldt 2005].

So the good news is that statins have proven effective at lowering cholesterol levels and at decreasing the risk of heart attack.  The bad news is that statins have been shown to lower Coenzyme Q10 levels and, in so doing, have reduced the bio-availability of a substance – Coenzyme Q10 – that is essential for energy production and antioxidant protection in heart muscle tissue.

The therapeutic value of Coenzyme Q10 supplements
Because of its role in cellular energy production and cellular antioxidant defense, Coenzyme has demonstrated value for heart failure patients, hypertension patients, patients scheduled for cardiac surgery, and patients taking statin medications.  Its role in the prevention and treatment of ischemic heart disease needs more research but is indicated by the results of the KiSel-10 study [Alehagen 2013].