CoQ10 for Dogs and Cats 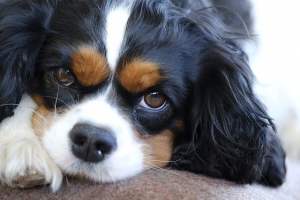 Typically, the CoQ10 supplement is given by mouth as a capsule or as a liquid. It is possible, of course, to squeeze the CoQ10 filling out of a capsule onto the dog food.

Now, a research team in Denmark has investigated the pharmacokinetics of oral dosing of Cavalier King Charles Spaniels over a three-week period [Christiansen 2020].

Outcomes of the Three-Week CoQ10 Supplementation of Dogs

The researchers have published the following study outcomes in a peer-reviewed journal:

N.B. A three-week supplementation period – sufficient for studying the drug’s pharmacokinetics – is not long enough to see clinical improvement in heart disease. A long-term study similar to the Q-Symbio study is needed for that purpose.

Importance of the Formulation of the CoQ10 Supplement

The formulation of the CoQ10 supplement is of supreme importance for the following reasons:

Dosage of the CoQ10 Supplement in the Dog Study

The researchers chose to use a relatively high daily dose – two times 100 mg – because they wanted to raise the dogs’ plasma CoQ10 concentrations above the 2.0 microg/mL level thought to be necessary for the realization of heart health benefits [Christiansen 2020].

The observed half-life of almost three days seems to indicate that 100 mg/day or 2 x 100 mg/every other day in divided doses may be sufficient [Christiansen 2020]. However, correct dosage will vary according to the size and body weight of the dogs.

In a 2018 study reported in the Thai Veterinary Medical Journal, CoQ10 supplementation (2 x 100 mg daily) of 13 dogs diagnosed with mitral valve disease and with the symptoms of heart failure for 28 days was associated with significant improvement of systolic function (the pressure exerted when the heart muscle contracts).

Coenzyme Q10 supplement formulations vary widely in their composition, and, consequently, CoQ10 supplements vary significantly in the CoQ10 bioavailability that they provide [Lopez-Lluch].

Given a documented formulation – why take a chance on an undocumented product? – and a correct dosage, Coenzyme Q10 supplementation may well improve the survival and quality of life of dogs and cats at risk of heart disease [Mortensen 2014].