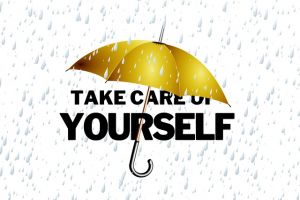 We all want to live longer, with good health and good energy in our senior years.  One factor that enhances our chances of living longer and better is our ability to avoid chronic degenerative diseases such as cardiovascular disease, diabetes, kidney disease, and liver disease.  Coenzyme Q10 supplements can help.

The rationale for using CoQ10 supplements to enhance our chances for a long and healthy life is based on the role of Coenzyme Q10 in the production of cellular energy.  In addition, Coenzyme Q10 has known antioxidant and anti-inflammatory effects [Mantle & Hargreaves].

By far, most of the Coenzyme Q10 that the cells have to work with comes from the body’s own bio-synthesis of Coenzyme Q10 [Mantle & Hargreaves].  Not from food.

Unfortunately, once we reach our 20s, our bodies gradually begin to produce less and less Coenzyme Q10 with increasing age [Kalen].  We cannot make up the loss by eating more food.  We need daily CoQ10 supplementation.

This decline in the body’s bio-synthesis of Coenzyme Q10 may be directly linked to ageing and to diminished chances of a longer healthier life [Mantle & Hargreaves].

In this context, there is much discussion about the form of the Coenzyme Q10 supplement, about whether a ubiquinone CoQ10 supplement or a ubiquinol supplement gives better absorption and better bio-availability.

A well-designed double-blind crossover study has shown that the formulation of the CoQ10 supplement is more important for absorption and bio-availability than the form – whether ubiquinone or ubiquinol – of the supplement is [Lopez-Lluch].

Clinical Trial Evidence for the Efficacy of CoQ10 Supplements

Dr. David Mantle has reviewed the research literature on CoQ10 supplementation for type-2 diabetes patients.  He makes the following points:

Dr. Mantle and Dr. Hargreaves state that the use of statin medications is associated with an increased risk of up to 40% of developing type-2 diabetes [Mantle & Hargreaves]. Moreover, statin medications are known to inhibit the body’s bio-synthesis of Coenzyme Q10, thereby making CoQ10 supplementation a necessity.

There is some evidence that daily supplementation with Coenzyme Q10 on the order of 3 times 100 milligrams is associated with 1) significant improvement in bio-markers of renal function and 2) reduced need for dialysis [Mantle & Hargreaves].

Again, similar to type-2 diabetes patients, patients with chronic kidney disease have a higher risk of developing cardiovascular disease.  Thus, supplementation with Coenzyme Q10 may reduce the loss of renal function and reduce the risk of heart failure [Mantle & Hargreaves].

Dr. Mantle and Dr. Hargreaves say that the ratio of plasma Coenzyme Q10 to LDL + VLDL cholesterol should be considered more important in the prevention of atherosclerosis than the ratio of HDL cholesterol to LDL cholesterol. They point out that a 2018 meta-analysis showed that CoQ10 supplementation is associated with significant improvement in blood cholesterol, bio-markers of oxidative stress, and creatinine levels in chronic kidney disease patients [Mantle & Hargreaves].