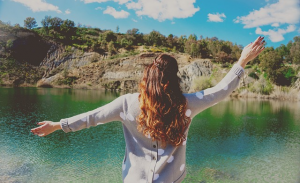 As we get older, we need a good Coenzyme Q10 supplement. Once we pass our 20’s, our bodies produce less and less Coenzyme Q10, and we do not get enough in our diets to make up the difference.

What is a redox reaction?
Redox is short for reduction-oxidation.  Redox reactions are quite common in nature.  Such everyday processes as combustion (burning), corrosion (rusting), photosynthesis (converting sunlight into energy), and respiration (exchanging gases between the blood and the tissue fluids) involve redox reactions.

The Q-Cycle: Coenzyme Q10 redox reactions back and forth
Oxidation and reduction reactions take place at the same time.  Molecules are oxidized, and, in turn, other molecules are reduced.  The Coenzyme Q10 molecules can be reduced and oxidized numerous times in reactions with different molecules, changing form each time.

Dr. Peter Mitchell, in his 1978 Nobel Prize for Chemistry address to the Swedish Academy, called this conversion back and forth the “Q Cycle.” The Q-Cycle: not an eternal process
Because the Coenzyme Q10 molecules could be seen to convert back and forth multiple times, some early researchers were tempted to believe that the body could never run short of this valuable bio-nutrient Coenzyme Q10.  However, first Dr. Karl Folkers and Dr. Gian Paolo Littarru [3] and, then, Dr. Svend Aage Mortensen and Dr. Karl Folkers [4] were able to demonstrate a deficiency of Coenzyme Q10 in cases of heart disease.

The need became even more urgent when the Swedish researchers Kalén and Appelkvist and Dallner  demonstrated that the human body’s synthesis of Coenzyme Q10 decreases with increasing age, starting in an individual’s 20’s [2].

Dr. William Judy says that Coenzyme Q10 molecules are necessary for energy production in the heart muscle cells and for protection against the harmful effects of free radicals.

3. Dr. Judy says that the third force driving the redox mechanism of the Q Cycle is the existence of superoxide radicals and other free radicals that ubiquinol can help to neutralize by donating its electrons. It is in the quenching of the harmful and reactive free radicals that Coenzyme Q10, in the form of ubiquinol, performs its valuable antioxidant function.  Functioning as an antioxidant drives the ubiquinol form of Coenzyme Q10 back to the ubiquinone form, which is the form of Coenzyme Q10 that is an absolutely necessary component in the process of cellular energy production.

Ubiquinol gives two electron to neutralize the metabolites of energy synthesis (superoxides and free radicals) that are toxic to the metabolic machinery in the process of producing energy (ATP).  It is a beautiful and vital redox cycle. Ubiquinone synthesis, ubiquinone supplementation, and ubiquinone recycled by ubiquinol are the three ways the body achieves an adequate supply of ubiquinone for the synthesis of energy.