Potency. You want the CoQ10 product you buy to be potent, don’t you? You want what you pay for. Otherwise, what is the point of buying the supplement?

Dr. William Judy, founder and president of SIBR Research, has tested numerous CoQ10 supplements for their crystal dissolution and absorption and bioavailability. He has found considerable variability in the products. In his book, available from amazon.com, he summarizes the results of his studies.

If you think that all of the CoQ10 supplements offered on amazon.com are equally potent, then you could be wasting your money on an inferior CoQ10 product.

In the May 9th Nutraingredients blog, Hank Schultz reports on the results of a study of a few of the CoQ10 products offered on amazon.com. See here for full article.

Questionable Quality Control of Some CoQ10 Products Sold on Amazon.com

Schultz makes the following points in his blog article [Schultz 2022]:

N.B. It would be a mistake to think that all CoQ10 supplements are equally bad. 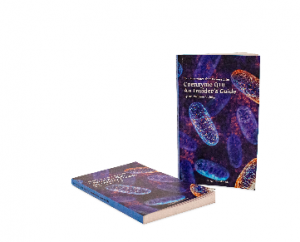 Starting on page 46 in my book, Coenzyme Q10: The Substance That Powers Life, there is a section explaining CoQ10 absorption and bioavailability. The book is available from amazon.com. ISBN: 978-87-7776-186-7.

Importance of the Formulation of the CoQ10 Supplement

One conclusion from these results has to be that the formulation of the individual CoQ10 product is more important to the absorption and bioavailability than is the form of the product, i.e., whether the Coenzyme Q10 is in the ubiquinone form or in the ubiquinol form.

Both forms, if properly formulated, will give a significant increase in the ubiquinol content in the plasma.

Evidence of Good Formulation from Clinical Studies of CoQ10 Supplementation

In the Q-Symbio study, researchers found that daily adjuvant therapy of chronic heart failure patients with three times 100 mg of Coenzyme Q10 significantly improved the symptoms and survival of the patients, compared to placebo treatment [Mortensen 2014]. The CoQ10 supplement used was the patented ubiquinone CoQ10 supplement tested in the Lopez-Lluch study.

Truly, the market for CoQ10 supplements in the US is buyer beware market. Not all CoQ10 products are equally well absorbed.

We, as consumers, need to look for scientific documentation to back up marketing claims for CoQ10 products.

Mantle D, Dybring A. Bioavailability of Coenzyme Q10: An Overview of the Absorption Process and Subsequent Metabolism. Antioxidants (Basel). 2020;9(5):386.