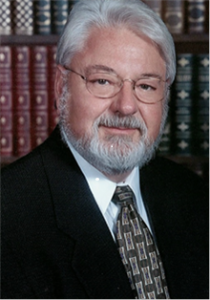 Dr. William Judy, founder and president of SIBR Research, says that individuals vary in the extent to which their cells synthesize less CoQ10 with increasing age in the adult years. Generally, though, he is concerned if an individual has a blood CoQ10 concentration below 0.60 micrograms per milliliter.

As we get older – and more susceptible to aging-related diseases – the mitochondria and the endoplasmic reticula in our cells synthesize significantly less Coenzyme Q10. This seems to be especially true of CoQ10 bio-synthesis in the heart muscle cells, kidney cells, leg muscle cells, and abdominal wall muscle cells [Díaz-Casado 2019].

In some human tissues, the highest levels of CoQ10 are found in 20-year-olds. After the 20’s comes the ageing-related decline in CoQ10 levels in various human tissues [Kalén 1989].

Diminished concentrations of CoQ10 in the cells and tissues can cause deterioration of the cellular process of ATP energy production; CoQ10 is an essential component of the process [Bhagavan 2006].

CoQ10 in its reduced state, ubiquinol, is a powerful endogenously synthesized antioxidant that is present in all membranes. CoQ10 thus protects lipids, proteins, and DNA against harmful oxidative damage [Bhagavan 2006].

Note: At low levels, the free radicals generated in the mitochondria have a function in cellular signaling pathways. It is the excessive levels of free radicals that cause oxidative damage.

The Evidence for CoQ10 Supplementation During Ageing 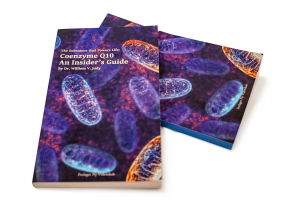 An excellent summary of the clinical trial evidence for CoQ10 supplementation can be found in Dr. William Judy’s book, Insider’s Guide to Coenzyme Q10, available from amazon.com, ISBN: 978-87-7776-186-7.

Daily supplementation of live-at-home senior citizens (average age: 78 years) with a daily combination of two times 100 milligrams of CoQ10 in the ubiquinone form and 200 micrograms of selenium in a high-selenium yeast preparation for four years resulted in significantly reduced risk of death from heart disease, significantly improved heart function, and significantly improved health-related quality of life [Alehagen 2013; Johansson 2015]. The health benefits of the combination supplementation for four years persisted through the 12th year of follow-up [Alehagen 2018].

It can be a waste of money to buy a less expensive and less well formulated CoQ10 supplement.