Coenzyme Q10 and exercise: what do we know? 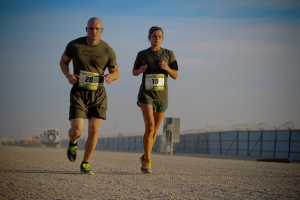 Coenzyme Q10 supplementation performs many roles in the body that benefit athletes and people who exercise. It is an essential co-factor in cellular energy production, it is the most important fat-soluble antioxidant preventing oxidative damage and muscle damage,, and it improves endothelial function.

Variation in the Coenzyme Q10 and exercise studies
Of course, the results of the studies reported in the 372 journal articles varied quite a bit for a variety of reasons:

Inclusion criteria for Coenzyme Q10 and exercise studies
Accordingly, the Spanish researchers applied strict inclusion criteria to the studies under consideration and limited their final review to the data in 13 selected articles.

What were the selection criteria for the Coenzyme Q10 and exercise studies? The selected studies had to meet all of the following requirements:

Outcomes in the Coenzyme Q10 and exercise studies

Quick definition: oxidative stress (and the subsequent oxidative damage) is caused by an imbalance in the quantities of potentially harmful reactive oxygen species (free radicals) and the neutralizing antioxidants (of which Coenzyme Q10 is an important one) in the body.

Dr. William Judy, SIBR Research Institute, has written the definitive article about Coenzyme Q10 absorption, transport, and function. His article can be found at http://www.zmc-usa.com/docs/CoQ10_Facts_or_Fabrications.pdf

Coenzyme Q10 for healthy people as well as heart failure patients
We know already that Coenzyme Q10 supplementation is important:

Now we can see that people who exercise — male or female, young and older, very fit or moderately fit or sedentary — can benefit from a good Coenzyme Q10 supplement.