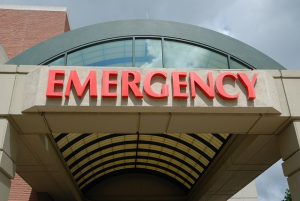 Last month, I wrote brief summaries of some of the best articles that have been published on this website.  This month, I want to present summaries of several more good q10facts.com articles about the health benefits of Coenzyme Q10 supplementation.  The information in all of these articles is based on clinical study results published in peer-reviewed bio-medical journals.  In each summary, there is a link to the original article.

Fewer hospitalizations with Coenzyme Q10
In the Q-Symbio study, 420 chronic heart failure patients on conventional heart failure medications were randomly assigned to an adjuvant Coenzyme Q10 treatment group (n=202) or to a placebo control group (n=218).  In the study, Dr. Svend Aage Mortensen and his fellow researchers wanted to test the hypothesis that the condition of the energy-starved heart could be improved by the use of Coenzyme Q10 supplementation.

The results of the study, published in the Journal of the American College of Cardiology’s specialty journal Heart Failure, show that supplementation with 300 milligrams of Coenzyme daily significantly improved the symptoms and survival of the chronic heart failure patients.  In the active treatment group, the Coenzyme Q10 group, there were lower rates in the following indices:

The reduction in the number of hospitalizations with Coenzyme Q10 supplementation means better quality of life for the patients and less expense for the health care system.

Coenzyme Q10 and energy and fitness
Coenzyme Q10 supplementation has not yet been shown, definitively, to improve performance or recovery time, but it has been shown to protect against inflammation and oxidative stress in athletes.  It is certainly a necessary supplement for patients taking statins medications, the more so if they exercise regularly.  Coenzyme Q10 supplements are safe, they are affordable, and they contribute both to ATP energy production and to antioxidant protection against harmful free radicals that are created as by-products when the body burns oxygen.  In the context of energy and fitness, there is also evidence that Coenzyme Q10 supplementation benefits patients with low energy syndrome. (More about that topic at a later date)

Coenzyme Q10 for diabetics
Patients with diabetes are known to be at increased risk of heart disease.  Patients taking statin medications are at increased risk of developing type-2 diabetes.  Studies show that Coenzyme Q10 supplements do not disturb the glycemic control of type-1 and type-2 diabetes patients.  Patients with diabetes should, of course, check first with their physicians, but they can safely take Coenzyme Q10 supplements and can get the heart health benefits of the supplementation.

Coenzyme Q10 by the numbers
In this article, we present some of the important facts about Coenzyme Q10 supplements:

In making a good Coenzyme Q10 supplement, the producer must dissolve the raw material CoQ10 crystal powders in a lipid, usually one or more vegetable oils.  Some oils work better than others.  The important thing is that the Coenzyme Q10 molecules inside the capsules should not re-crystallize.  Body temperature in the stomach and the small intestine is not high enough to dissociate Coenzyme Q10 crystals into molecules for absorption.

Thousands and tens of thousands of veterans of the First Gulf War suffer from a number of symptoms that are related to their service in the desert war. The problems – breathing problems, cognitive disorders, digestive problems, fatigue and sleep disturbances, mood disturbances, muscle dysfunction and pain, skin irritations — of these veterans have not gotten better with the passage of time.

Dr. Beatrice Golomb hypothesized that supplementation with Coenzyme Q10, an important fat-soluble antioxidant and an important co-factor in the process of cellular energy production, might have a beneficial effect on Gulf War veterans affected by oxidative stress and mitochondrial dysfunction.  She set up a randomized controlled trial to test the effect of Coenzyme Q10 on the Gulf War veterans.

Mortensen, S. A. (2015). Coenzyme Q10: will this natural substance become a guideline-directed adjunctive therapy in heart failure? Journal of The American College of Cardiology. Heart Failure, 3(3), 270-271.