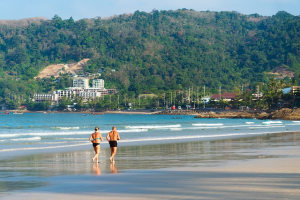 Coenzyme Q10 is an essential bio-nutrient that is made naturally in the human body.  It is a necessary co-factor in the process of cellular energy production.  It also functions as a lipid-soluble antioxidant protecting our cells against oxidative damage (oxidative damage = damage caused by free radicals that harm cell membranes and cell DNA and proteins and fats in the blood).

Unfortunately, as we pass through our 20s and move into our 30s and 40s and head towards senior citizen status, our cells produce less of this essential substance with increasing age [Kalén]. We know this.

We know, moreover, that the taking of certain medications, statin medications prominently among them, will inhibit the body’s production of Coenzyme Q10 [Okuyama].

Coenzyme Q10’s role in healthy ageing
What do we need to slow down the ageing process?  After all, we all want to die as young and healthy as possible as late in life as possible, isn’t that right?

We need energy.  The amount of energy our cells can produce is limited by the availability of Coenzyme Q10.  That is a simple fact.

How do we get more energy?  Regular exercise is one possible answer.  Taking a well-documented effective Coenzyme Q10 supplement is another answer.  Diet alone is not going to be sufficient.

Coenzyme Q10 and the free radical theory of ageing
To slow down the ageing process, we also need protection against the harmful effects of a surplus of free radicals. The mitochondria (singular: mitochondrion) are special organelles inside our cells that break down carbohydrates and fatty acids to produce energy in the form of ATP molecules. Coenzyme Q10 is essential to this process of cellular energy production.

The mitochondria themselves are those bean-shaped organelles inside the cells that are thought of as the power plants or the energy factories of the cells.  Some cells, muscle cells for example, need many mitochondria; other cells like nerve cells do not need so many mitochondria.

The mitochondria are distinct from us humans; they have their own DNA, their own genome independent of the human genome.  They do not divide like human cells. They actually pinch off to form a new mitochondrion.

The mitochondria and the human cells have somehow developed a mutually beneficial relationship.  The mitochondria provide the energy and heat for the cells, and the cells provide a home for the mitochondria.  Somehow it works.  It is a great mystery how it came about.

Coenzyme Q10 needed for cellular energy production
The mitochondria take in nutrients and oxygen and break them down and produce adenosine triphosphate (ATP) molecules, which are the molecules containing the chemical energy needed for cellular metabolism.  That is the reason the mitochondria are so important.  And that process (called cellular respiration) needs Coenzyme Q10 molecules in the form of ubiquinone to function.

Professor Alehagen knew that the elderly study participants would, for the most part, have low Coenzyme Q10 and low selenium status and, consequently, lower cellular energy production and less antioxidant protection against harmful free radicals.  His team of researchers randomly assigned the study participants to an active treatment group receiving 200 milligrams (100 milligrams twice daily) of Coenzyme Q10 and 200 micrograms of organic SelenoPrecise® high-selenium yeast or to a control group received matching placebo preparations.  Each participant was treated for a period of four years [Alehagen].

Coenzyme Q10 status and loss of muscle mass and strength
Dr. Alexandra Fischer and a team of researchers investigated the role of Coenzyme Q10 in age-related loss of muscle mass and strength.  They examined muscle strength, using measurements of hand grip force, in relation to age, gender, body mass index, and Coenzyme Q10 status.  The age of the participants in the study showed a negative correlation with hand grip strength.  Similarly, gender had a major influence on hand grip strength [Fischer].

Conclusion: Coenzyme Q10 and ageing
If we want to age slowly and gracefully with less risk of degenerative disease, most of us need to be taking a Coenzyme Q10 supplement with documented health benefits.

Coenzyme Q10 supplements with a good formulation are safe, effective, and affordable.

Given what we know about Coenzyme Q10, not taking a daily Coenzyme Q10 supplement is something of a gamble for middle-aged and older adults.

Disclaimer: The information presented in this article is not intended as medical advice and should not be construed as such.