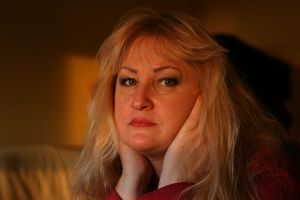 Can we make a convincing argument for fibromyalgia patients to take a daily Coenzyme Q10 nutritional supplement?  If so, what is the basis for the argument?

Fibromyalgia is a complex disorder.  It causes pain, joint stiffness, debilitating fatigue, and difficulty thinking and remembering.  Its cause is not known; its treatment is uncertain.  It affects as many as five million Americans above the age of 18 years.  It affects many more women than men.

Moreover, research has shown that the distribution of Coenzyme Q10 is altered in the blood components of fibromyalgia patients as compared with normal healthy individuals [Cordero 2009].  Some research results indicate that there is increased oxidative stress associated with fibromyalgia [Cordero 2009].

Independent research results show that Coenzyme Q10 supplementation is associated positively with reductions in the levels of some bio-markers of oxidative stress [Alehagen 2015].

The researchers’ results suggest that supplementation with Coenzyme Q10 might well be a useful therapeutic intervention for use with fibromyalgia patients.

Coenzyme Q10 and fatigue
The Fibromyalgia Impact Questionnaire (FIQ) is a test designed to measure various aspects of the physical functioning of women diagnosed with fibromyalgia.  Among the sub-scales of the test are such items as subjective physical well-being, ability to go to work, ability to do one’s job, pain, fatigue, ability to rest, stiffness, anxiety, and depression [Fibromyalgia 2017].

In a separate study in which fibromyalgia patients were supplemented with 300 milligrams of Coenzyme Q10 for three months, Dr. Cordero and his fellow researchers found an improvement in clinical symptoms and in the previously low blood Coenzyme Q10 levels [Cordero 2012].

Disclaimer: The information presented in this article is not intended as medical advise and should not be viewed as such.