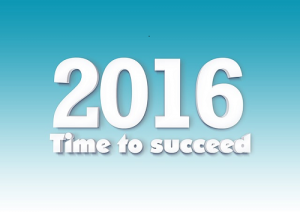 Every January 1st, we get to start over.  Whatever the mistakes are that we made in 2015, we do not have to repeat them in 2016.  We ask ourselves, what can we do better in the New Year?

Typical New Year’s resolutions
Many people will be starting 2016 with a list of resolutions that look something like this:

Q10 can help with the resolutions
Those are do-able New Year’s resolutions.  They are resolutions that most of us can keep.  I would add one more resolution to the list:

Q10 and exercise
Coenzyme Q10 in its ubiquinone form is an essential bio-nutrient that plays a vital role in the production of energy in the cells.  As we get older, we feel a decline in the amount of energy that we have.  That decline in energy could well be related to the lesser availability of Coenzyme Q10 in our cells and tissues.

Q10 and nutrition
As we age, our bodies produce less Coenzyme Q10, and the amount of Q10 that we can absorb from the foods that we eat is not adequate, in many cases, to make up the difference.  A well-absorbed Q10 supplement can fill the gap.

Q10 and weight loss
Nothing in the research literature indicates that taking a daily Q10 supplement will help you lose weight.  Losing weight is still a matter of self-discipline, wise food choices, portion control, and exercise.  But, limiting the size of the portions you eat will necessarily limit the amount of Q10 that you can get in your food.  Portion control is an argument for taking a daily Coenzyme Q10 supplement.

Q10 and heart health
Whenever he speaks to physicians and cardiologists, Dr. William Judy emphasizes the following points about nutritional supplementation with a good ubiquinone Q10 preparation.

Synthesis of Q10 in the body
The human body synthesizes Coenzyme Q10 in the form of ubiquinone in the outer membranes of the mitochondria in the cells all over the body.  The body’s own synthesis of Q10 peaks about age 21 years, and then it slowly declines from then on.  The body of an elderly man, aged 65 – 70 years, most likely produces only half of the Coenzyme Q10 that it produced when he was in his early 20’s.

Q10 and the quality of the preparation
It is not the case that all Coenzyme Q10 product types are equally well absorbed.  Far from it.  Only the crystal-free Q10 products dissolved into lipids that stabilize and facilitate the absorption of the Q10 will give a good absorption percentage.  Dr. Judy says that it is important in the process of making Q10 softgels that the Q10 mixture be heated to above body temperature to dissolve the Q10 crystals, and, moreover, the formulation must have a stabilizer in it so that the Q10 will not re-crystalize when the capsules are  cooled to room temperature.

Which Coenzyme Q10 product to choose?
It is certainly the case that there is great variability in the price of Coenzyme Q10 supplements on the market in the US.  Should you take a chance on a lower priced Q10 product?

That is your decision.  Maybe you will get a good enough absorption and a good enough health effect with a lower priced product.  And quite possibly you won’t.  My thought is: why take a chance?

Coenzyme Q10 and medicinal quality production
Here are some of the factors that make a Coenzyme Q10 product cost a little more than the average product.