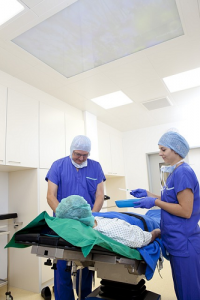 Swedish seniors, both men and women, who took Q10 and selenium supplements for a 4-year period spent 13% fewer days in the hospital and had significantly better quality of life than did Swedish seniors who took placebos.

There is a tantalizingly interesting relationship between the essential bio-nutrient Coenzyme Q10 and the trace element selenium and heart disease.  One of the first clinical researchers to tease out the effects of supplementation with Q10 and selenium in heart attack patients was Dr. Bodo Kuklinski.

Coenzyme Q10 and selenium for heart attack patients
Dr. Kuklinski tested 61 patients who had been admitted to the hospital in Rostock, Germany, with an acute myocardial infarction and with symptoms of less than six hours’ duration.  He assigned 32 of the patients to the adjuvant treatment group and 29 of the patients to the control group.

Better results in Dr. Kuklinski’s Q10/selenium group
Dr. Kuklinski reported that none of the 32 patients in the Q10/selenium group showed a prolongation of the frequency corrected QT-interval (the time between the start of the Q wave and the end of the T wave in the heart’s electrical cycle).  But, 40% of the patients in the control group did show a prolongation of the QT-interval by more than 440 msec (p < 0.001).

Difference in one-year mortality rates with Q10 and selenium
Moreover, during the one-year follow-up period after the heart attack, six patients (20%) in the Dr. Kuklinski’s control group died from a second heart attack. In his Q10/selenium treatment group, only one patient (3%) died after one year, and that death was from a non-cardiac cause.

More pieces of the Q10/selenium supplementation puzzle
Xia and Nordman and teams of researchers at the renowned Karolinska Institut in Stockholm, Sweden, have found that the sustained antioxidant function of Coenzyme Q10 is dependent upon the presence of selenium and upon the action of three seleno-enzymes (5,6).

Moosmann and Behl at the Johannes Gutenberg University Medical School in Mainz, Germany, have found another interesting relationship between Coenzyme Q10 and selenium (4).  They have found that Coenzyme Q10 plays an important role in the synthesis of the amino acid selenocysteine, which is, in turn, needed for the antioxidant function of Coenzyme Q10.

Decrease in statin-associated myopathy with Q10
Fedacko et al did a pilot study with 60 patients that showed that daily supplementation with 100 mg of ubiquinone Q10 and 100 mcg of an organic selenium yeast for 12 months reduced the symptoms of statin-associated myopathy, both in the numbers of the symptoms and in the intensity of the symptoms. The ubiquinone Q10 supplementation resulted in less muscle pain and less muscle weakness and fatigue.

The researchers speculated that there may be a connection between a lack of selenium in the patients’ diet and the Q10 deficiency that the Q10 supplementation addresses (2).

Q10/selenium supplementation in the KiSel-10 study
Professor Urban Alehagen and a team of researchers from the University of Linköping in central Sweden have looked at the following factors:

Ubiquinone Q10 + selenium for 4 years
With these factors in mind, Professor Alehagen and his team decided to test the efficacy of supplementation of relatively healthy elderly Swedish citizens, as yet not institutionalized and still able to live at home, with ubiquinone Q10 and with selenium daily for four years.  The researchers randomized 443 elderly Swedes – average age 77 years – to a placebo group and to a treatment group receiving 200 milligrams of a medicinal-quality ubiquinone Q10 supplement, taken as 100 mg twice daily, and 100 micrograms of a patented organic selenium yeast product, taken once daily.

The KiSel-10 study has shown that daily supplementation of the diet with Coenzyme Q10 and selenium can have the following heart health benefits: