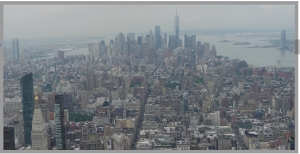 The 9th Conference of the International Coenzyme Q10 Association was held June 21 – 24 in the Faculty House at Columbia University in New York. Researchers from many different countries and continents attended.

What did the leading Coenzyme Q10 researchers have to say in New York at the Coenzyme Q10 Association Conference ?

More about these topics below.

Every three years, the International Coenzyme Q10 Association (ICQA) holds a conference at which researchers from around the world present their research findings related to Coenzyme Q10.  This year, the conference was held at Columbia University in New York the 21st-24th of June. Many of the presentations and papers concerned the biochemistry of Coenzyme Q10’s effects.

In this article, I want to focus in on the presentations of results from human clinical studies.  In the clinical area, the emphasis was demonstrating the importance of Coenzyme Q10 supplementation to heart health, healthy ageing, and better quality of life. Professor Guillermo López-Lluch and a research team in Spain tested seven formulations containing 100 milligrams of Coenzyme Q10 on each of 14 study participants in a double-blinded cross-over trial with a washout period of 14 days in between each test.

The study results leave no doubt that the ubiquinone Coenzyme Q10 supplement – the same one used in the Q-Symbio study, the KiSel-10 study, and the Gulf War Illness study – has a superior formulation and superior absorption.

New data from the Q-Symbio study Bio-chemist Anne Louise Mortensen presents the findings from the European sub-group analysis of the Q-Symbio study.

In the original international multi-center Q-Symbio study, 420 chronic heart failure patients from nine countries were enrolled and randomly assigned to Coenzyme Q10 active treatment or to placebo treatment.  At the conference in New York, the Danish bio-chemist Anne Louise Mortensen presented data from a European sub-group of 231 patients from Denmark, Sweden, Austria, Slovakia, Poland and Hungary.  She excluded data from patients from Asia and Australia.

In her sub-study, the CoQ10 active treatment group consisted of 108 patients who received the Myoqinon Coenzyme Q10 in 100 milligrams doses three time daily. The placebo group with very similar represented was composed of 123 patients.

Dr. Mortensen’s analysis showed an even better effect of the Coenzyme Q10 adjunctive treatment on the European part of the patient group.

Why were there significantly better results in the European sub-group?  One reason may be more conscientious compliance with taking the medication during the entire two-year study.  Another reason may be that the European patients formed a more homogeneous group than the entire original Q-Symbio group.

A Ph.D. student showed that supplementation with PABA results in a 50% reduction of cellular Coenzyme Q10 compared to the controls taking no PABA.

PABA is a vitamin B-like substance. It used to be called Vitamin B-10. It is being used as a dietary supplement.  So be alert for it.

Dr. William V. Judy, founder and president of the SIBR Research Institute, has worked in basic and clinical research for nearly 50 years, focusing in great part on the absorption and therapeutic effects of Coenzyme Q10.

Bhagavan and Chopra [2006] estimated the reference interval for plasma Coenzyme Q10 to be between 0.35 and 1.65 micrograms per milliliter of plasma.  Let’s say that we healthy individuals — unsupplemented — usually have a level of Coenzyme Q10 in the blood close to 1.0 milligram per liter.

Dr. Svend Aage Mortensen, the lead researcher on the Q-Symbio study, thought that supplementation has to lift the level of Coenzyme Q10 in the blood to at least 2.5 micrograms per milliliter to achieve a sufficient therapeutic effect.

Today, many researchers regard 3.5 micrograms per milliliter as the desirable level.

At the conference in New York, Dr. Peter Langsjoen indicated that there is usually no therapeutic benefit from raising the level of Coenzyme Q10 in the blood higher than 4 micrograms per milliliter.

Professor Guillermo López-Lluch explained that many ageing-related diseases involve neuro-degeneration, loss of muscle mass, osteoporosis, metabolic disease, insulin resistance and decreased immune response.  In many of these diseases, mitochondrial dysfunction and oxidative stress and chronic low-grade inflammation are observed.  These symptoms are associated with decreased levels of Coenzyme Q10 in the body.

Selenium and Coenzyme Q10 in combination as anti-ageing agents

Conclusion: Supplementation of low-selenium-status elderly individuals with a combination of Coenzyme Q10 and selenium is an effective anti-ageing prescription.

Coenzyme Q10 and blood sugar / diabetes – the next big issue

Approximately nine percent of the world’s population suffers from diabetes – mostly type II diabetes.  Consequently, the board of directors of the International Coenzyme Q10 Association has decided that the next Coenzyme Q10 conference will focus on Coenzyme Q10’s effect on diabetes.

Professor Kerstin Brismar of the Karolinska Institute in Stockholm

At the conference, Dr. Kerstin Brismar presented research results indicating that Coenzyme Q10 supplementation of Type I and Type II diabetes patients can reduce the risk of undesirable late effects of diabetes such as:

Dr. Franklin Rosenfeldt presented evidence from a meta-analysis showing that statin medications – which reduce the body’s production of Coenzyme Q10 as well as its production of cholesterol – inevitably have an adverse effect on cognitive function and on memory in particular when taken for long periods.

It seems that the statin medications not only reduce the body’s endogenous Coenzyme Q10 production that protects against brain damage caused by free radicals.  The statin medications also adversely affect the protective myelin sheaths in which cholesterol is a key component.

This has been a long summing up of the presentations at the 9th conference of the International Coenzyme Q10 Association.  I hope I leave you with three big ideas:

Disclaimer: the information presented in this article is not intended as medical advice and should not be construed as such.