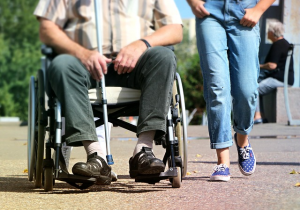 Friedreich’s ataxia is one of several different types of ataxia with different causes and prognoses. Friedreich’s ataxia is characterized by muscle weakness, loss of coordination, impairment of vision and hearing, slurred speech and curvature of the spine (scoliosis). Frequently, it results in the development of diabetes and/or heart failure. There is no cure; however, Coenzyme Q10 supplements can help to ameliorate the symptoms because of Coenzyme Q10’s role in cellular energy production and in antioxidant defense against oxidative damage to cells.

Ataxia is the medical term for the loss of control of bodily movement, characterized by difficulty in walking and loss of balance.  Ataxia can also affect eye movement, speech, and ability to swallow.

The following symptoms are typical of ataxia [Mantle & Hargreaves 2018]:

Ataxia is a rare disease, resulting from a number of different causes [Mantle & Hargreaves 2018]:

In randomized controlled trials, Coenzyme Q10 supplementation has been shown to contribute to better heart health:

Coenzyme Q10 dosages in the treatment of ataxia

A 2010 study reported significant improvement in ataxia patients with known Coenzyme Q10 deficiency when the patients were supplemented with Coenzyme Q10 at a rate of 30 milligrams per kilogram of body weight per day over a two-year period [Pineda 2010].

Friedreich’s ataxia is an inherited disease that leads to progressively worse damage of the nervous system.  It affects coordination, energy levels, and vision, hearing, and speech.  It can lead to the development of scoliosis and insulin-dependent diabetes.  A majority of patients with Friedreich’s ataxia eventually develop thickened heart muscles that make the pumping of blood more difficult.  This condition — called hypertrophic cardiomyopathy — often leads to heart failure and death [Mantle & Hargreaves 2018].

At baseline in the study, a high proportion of the Friedreich’s ataxia patients had decreased serum Coenzyme Q10 concentrations.  The low-dose and high-dose Coenzyme Q10 and vitamin E therapies were equally effective in improving the patients’ ICARS scores [Cooper 2008].

Spinocerebellar ataxias are rare neurodegenerative disorders characterized by increased oxidative stress, by abnormalities in the antioxidant system, and by changes in the mitochondrial process of energy production.

Dr. Mantle and Dr. Hargreaves [2018] report that there is not yet a consensus on the optimal dosage of Coenzyme Q10 for ataxia patients.  Dosages in the range of 300 to 3000 milligrams per day have been used and have been well-tolerated [Mantle & Hargreaves 2018].

Here, again, the evidence of a significant effect on heart health is the best assurance of the proper formulation of the Coenzyme Q10 supplement.  The same supplement was used in the following randomized controlled trials: