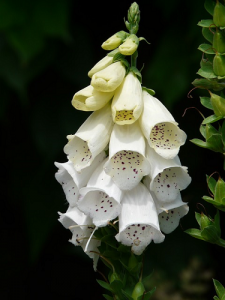 Digitalis lanata, a species of the foxglove plant, highly toxic, is the plant from which the inotrope digoxin is extracted. Digoxin’s margin of safety is small. Coenzyme Q10, which boosts energy production in the heart muscle cells, is quite safe and well tolerated.

What is it that we need to improve the generally poor prognosis given to chronic heart failure patients? Heart failure is, at its most basic, the inability of the heart to pump out sufficient blood so that the body gets the oxygen and the nutrients that it needs.  Heart failure is the condition in which fluid builds up in the lungs and in the lower extremities because of the inadequate pumping action of the heart.  Heart failure is feeling tired and out of breath at the slightest exertion.

What are the expectancy rates for heart failure?
It seems that, based on the results of epidemiological studies and clinical trials, researchers can use the NYHA functional classifications to predict the one-year and three-year mortality expectancy in heart failure patients [1].

Class IV heart failure patients are, essentially, in the end stage of the disease.

Encouraging results from studies with Coenzyme Q10
That is why it is so encouraging to see the results of the clinical trials like the Morisco study and the Q-Symbio study of the adjunctive treatment of heart failure with Coenzyme Q10. The results show the patients’ improving their NYHA functional class diagnosis.

How can we improve NYHA functional class?
This brings us back to the original question: what can we do to improve the prognosis of heart failure patients?

Inotrope drugs
The drugs that increase the force of the contractions of a muscle such as the heart muscle are called inotropes.  The only guidelines-approved inotrope for use in heart failure patients is the digoxin drug, a purified derivative from the foxglove plant (known as Digitalis lanata) [3].  Digoxin has the following pharmaceutical brand names:

Digoxin not a first choice drug
The thing about digoxin is that, given its limited margin of safety, it is probably not the first choice of the cardiologist for the treatment of heart failure.  The cardiologist is more likely to try other medications first:

What about Coenzyme Q10 as an indirect positive inotrope?
Coenzyme Q10 is involved as an electron and proton carrier in the cellular production of ATP. Randomized controlled clinical trials have shown that adjuvant treatment of heart failure patients with Coenzyme Q10 leads to improved heart muscle performance and to improvements in the symptoms and quality of life and survival of the patients.

Note, please: Anyone taking anti-coagulant medications or anti-hypertensive medications and anyone who is a diabetic should check with his or her physician before starting to take Coenzyme Q10. There should be no problem, but it is best to check first.