Sufficient intakes of Coenzyme Q10 are increasingly important as we age. Our bodies synthesize less and less Coenzyme Q10 as we progress from middle age to our senior years. One estimate is that the CoQ10 status of an 80-year-old man’s heart muscle cells will be about half of what is normal in a 20-year-old man [Alehagen 2015]. 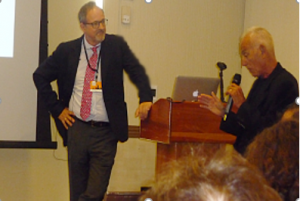 Prof. Guillermo Lopez-Lluch says that older people who have more symptoms of fragility also have lower concentrations of Coenzyme Q10 their blood plasma. The study data show that this relationship is more common in women than in men.

Sub-optimal levels of Coenzyme Q10 are associated with ageing, energy insufficiency, cardiovascular disease, stroke, and neurodegenerative diseases such as Alzheimer’s disease and Parkinson’s disease [Why Humans 2022].

What does Coenzyme Q10 do for us?

A recently published study has revealed that the low levels of Coenzyme Q10 that are associated with ageing are also associated with sarcopenia [de la Bella-Garzón 2022].

Note: Sarcopenia is the loss of skeletal muscle mass, which leads to increasing fragility in older people.

The lead researcher on the study, Prof. Lopez-Lluch, points out that there is a vicious circle at work in elderly individuals with low Coenzyme Q10 status [Why Humans 2022].

What to Do About Low Coenzyme Q10 and Low Physical Activity?

To change the direction of the downward spiral, Prof. Lopez-Lluch has the following words of advice for individuals above the age of 65 years [Why Humans 2022]:

Throughout my career, I have been interested in the effect of CoQ10 therapy on low energy syndromes. In my book Insider’s Guide to Coenzyme Q10, I tell how using Coenzyme Q10 with chronic fatigue syndrome patients resulted in increased exercise time and decreased recovery time.

Why human beings become fragile after the age of 65? El Pais. Science and Technology. 2022. Retrieved from https://english.elpais.com/science-tech/2022-03-08/why-human-beings-become-fragile-after-the-age-of-65.html#?prm=copy_link