Home/Coenzyme Q10 for Longevity
Previous Next

Interesting statistics regarding life expectancy and longevity in the United States: 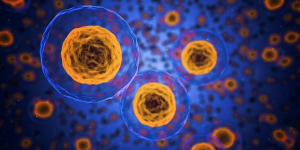 Our cells’ production of Coenzyme Q10 declines as we get older and older. We need adequate Coenzyme Q10 in our cells to produce ATP energy, to protect against harmful free radicals, and to modulate inflammation.

These are some of the outcomes of a retrospective cohort study done by researchers at the Johns Hopkins University Bloomberg School of Public Health using the data from 1,372,272 Medicare fee-for-service beneficiaries who were 67 and older [DuGoff 2014].

When the researchers talk about chronic conditions (also called co-morbidities), they are referring to such conditions as cancer, cardiovascular disease, diabetes, hypertension, kidney disease, liver disease, and neurodegenerative diseases, among others.

These are the conditions that reduce our chances at a long and healthy life.

Mantle and Hargreaves in a 2019 review article summarize the evidence for oral supplementation with Coenzyme Q10 to prevent or delay the progress of several degenerative diseases.

Chief among the degenerative diseases for which we have studies showing a beneficial effect of CoQ10 supplementation are cardiovascular disease, diabetes, kidney disease, and liver disease [Mantle & Hargreaves 2019].

Mantle and Hargreaves [2019] suggest the following mechanisms of action for the beneficial effects of the CoQ10 supplementation. Remember: the cellular bio-synthesis of Coenzyme Q10 declines with increasing age. Supplementation with a well-formulated CoQ10 product that has documented absorption and bioavailability is a must.

The KiSel-10 Study has shown the heart health benefits of daily supplementation of community living elderly citizens with 2 x 100 mg of Coenzyme Q10 plus 100 mcg of selenium [Alehagen 2013; Johansson 2015; Alehagen 2018].

In both studies, the risk of mortality from cardiovascular disease was significantly reduced, heart function improved, and health-related quality of life increased.

A meta-analysis of the data from 17 randomized controlled trials that enrolled 684 metabolic diseases patients has shown that CoQ10 supplementation is associated with significantly decreased systolic blood pressure [Tabrizi 2018].

Mantle & Hargreaves [2019] note that patients with chronic kidney disease are at a 10 to 20 times higher risk of developing cardiovascular disease. They summarize the evidence for CoQ10 supplementation as follows:

The liver is the major site of CoQ10 bio-synthesis. Thus, decreased liver bio-synthesis of Coenzyme Q10, whether as a consequence of ageing or of metabolic changes in liver function, can increase the risk of heart disease as the heart muscle cells need adequate Coenzyme Q10 for energy generation and for antioxidant protection [Mantle & Hargreaves 2019].

Oral supplementation with Coenzyme Q10 is safe and well-tolerated.

CoQ10 products are affordable: however, it would be a mistake to choose an inexpensive CoQ10 product that has no documentation of its absorption and bioavailability. A cheap product that is eliminated rather than absorbed is a waste of money.

Good CoQ10 absorption and bioavailability depend upon the formulation: the choice of the carrier oils, the proper heating and cooling procedures, and upon the solubilization of the CoQ10 crystals to single CoQ10 molecules [Lopez-Lluch 2019]. The intestinal absorption cells cannot absorb CoQ10 crystals.