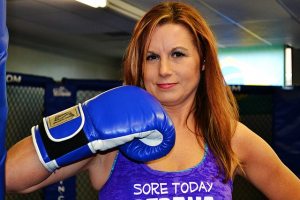 How does Coenzyme Q10 supplementation keep the heart young and healthy? The primary explanation is that Coenzyme Q10 is absolutely vital to the cellular process of producing energy, and the heart muscle needs energy constantly.  An energy-starved heart is a failing heart.

A second and also important explanation is that oxidative damage causes the heart muscle cells to age and deteriorate. Coenzyme Q10 has antioxidant and anti-inflammatory effects that can help to prevent the development of atherosclerosis.

Quick definitions:
Oxidative damage: structural damage to cell components such as proteins, lipids, and DNA that is caused by chain reactions set off by harmful free radicals. The chain reactions can be terminated by antioxidants such as Coenzyme Q10.

Atherosclerosis: thickening of the artery walls brought about by the build-up of plaque (plaque is made up of cholesterol and other fatty substances and waste products and calcium and fibrin).

The endothelium and Coenzyme Q10 supplementation
First off, what is the endothelium?
The endothelium is the bio-medical term for the layer of cells that line the surface of the inside of the arteries and veins, the heart, and lymph vessels.

The researchers suggested that the Coenzyme Q10 improvement of endothelial function might involve two mechanisms:

All of these conditions can induce the oxidative stress that leads to the development of endothelial dysfunction [Littarru].

Combination supplements containing Coenzyme Q10
A promising antioxidant approach to the prevention and/or amelioration of endothelial dysfunction involves the use of Coenzyme Q10 supplements together with fish oil supplements and l-arginine supplements [Littarru].

In the KiSel-10 study, a daily combination of Coenzyme Q10 capsules and high selenium yeast tablets administered to healthy elderly study participants over a four-year period significantly reduced the risk of death because of heart disease [Alehagen].

Summary
Coenzyme Q10 supplementation improves the functioning of the heart muscle cells and the arteries and veins by improving mitochondrial function and by acting as a lipid-soluble antioxidant.  The beneficial health effects of Coenzyme Q10 may be of heightened importance to pre-diabetic and diabetes patients who are at risk of endothelial dysfunction as well as of importance to anyone at risk of impaired blood vessel function.

The high levels of plasma Coenzyme Q10 achieved by supplementation are not associated with any side effects [Belardinelli].