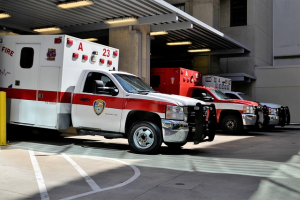 How does it look with Coenzyme Q10 supplementation and coronary artery disease?

Atherosclerosis is the medical term for the form of heart disease that is caused by damage to the inner layer of arteries. High amounts of cholesterol in the blood are thought to contribute to the build-up of plaque, which causes the arteries to harden and narrow. If, then, pieces of plaque break open, blood platelets stick to the ruptured area and form blood clots, which narrow the arteries even more, restricting the blood flow even more. The result can be coronary artery disease or heart attack or stroke.

The researchers doing this meta-analysis selected eight clinical studies (with 267 participants in the intervention groups and 259 in the placebo groups) for analysis [Jorat].

As indicated above, the combined results from the eight studies show significant improvements in total cholesterol and in HDL-cholesterol, arguably the most important components of the patients’ lipid profiles [Jorat].

The results did not show significant improvements, however, in triglyceride levels, LDL-cholesterol levels, and lipoprotein a levels in the coronary artery disease patients [Jorat].

The authors of the meta-analysis explain that there were differences in the study design, the study participants’ characteristics, the dosage of the CoQ10 supplementation, and the duration of intervention in the eight analyzed studies [Jorat].

How does CoQ10 supplementation help in coronary artery disease?

The evidence from the meta-analysis indicates that Coenzyme Q10 supplementation is significantly associated with improvements in total cholesterol and HDL-cholesterol, which are implicated as factors in the development of atherosclerosis, the hardening of the arteries.

Coenzyme Q10 is an intracellular fat-soluble antioxidant that quenches harmful free radicals and attenuates the dysfunction that is caused by oxidative stress and inflammation [Jorat].

A second meta-analysis of 13 clinical studies conducted by Dr. Jorat and his colleagues showed that Coenzyme Q10 supplementation was associated with significantly increased levels of the antioxidant enzymes superoxide dismutase and catalase [Jorat].  Superoxide dismutase and catalase are important components of the body’s endogenous defense against cell damage caused by harmful free radicals.

Coenzyme Q10 supplementation in these 13 studies was also associated with significantly reduced levels of malondialdehyde, a reliable bio-marker for oxidative stress. The Coenzyme Q10 supplementation was also associated with reduced levels of conjugated dienes, which can act as toxic tissue messengers [Jorat].

In a 2013 Taiwanese study, Coenzyme Q10 supplementation of coronary artery disease patients with at least 50% stenosis of at least one major coronary artery was associated with significantly increased levels of the endogenous antioxidant enzymes superoxide dismutase and catalase and with significantly reduced levels of bio-markers for inflammation [Lee]. Coenzyme Q10 supplementation during ageing and statin use

The authors of the meta-analysis conclude that CoQ10 supplementation can CoQ10 can reduce total cholesterol, promote HDL-cholesterol production, suppress inflammation, and reduce levels of malondialdehyde, a known bio-marker for oxidative stress [Jorat].