Coenzyme Q10 Before and After Heart Surgery

In 1993, I wanted to see what protection Coenzyme Q10 supplementation could give the heart muscle during and after heart surgery. I discussed the idea with Dr. Karl Folkers and Dr. Willis Stogsdill. 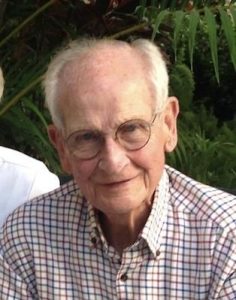 Dr. Willis Stogsdill, “Woody” to his friends and colleagues, was a co-author on my 2007 article “Coenzyme Q10 Facts or Fabrications.” He was a heart surgery anesthesiologist and chairman of the Department of Anesthesia at St. Vincent Hospital in Indianapolis for 25 years. He was instrumental in establishing the St. Vincent open heart surgery program. He was my highly esteemed colleague as well as my father-in-law. He passed away, aged 95, on November 12, 2019. He is missed.

We agreed that the idea had merit. Coenzyme Q10 is a natural and essential cofactor in heart muscle cells. It has bio-energetic, antioxidant, and anti-inflammatory effects. Typically, patients with heart failure have reduced blood and heart muscle tissue concentrations of Coenzyme Q10.

Intervention with Coenzyme Q10 before and after heart surgery

To the active treatment group of patients, we gave Coenzyme Q10 (100 mg per day) for 14 days before and 30 days after surgery. The control group got placebos.

Outcomes of the CoQ10 intervention

There was a different picture in the control group.

The study data showed the therapeutic benefit of Coenzyme Q10 supplementation before and after heart surgery.

There were clear positive relationships between the increased blood and heart muscle tissue CoQ10 levels and the improved postoperative heart function and the better recovery.

Dr. Folkers, Dr. Stogsdill, and I concluded that CoQ10 treatment is indicated in high-risk cardiac surgery patients who have a CoQ10 deficiency [Judy 1993].

In fact, 22 years ago, my own heart surgeon recommended that his heart surgery patients supplement with CoQ10 for at least seven days before and for 30 days after surgery.

In 2005, Dr. Franklin Rosenfeldt and a team in Melbourne, Australia, did a study similar to ours.

His team gave 300 milligrams per day for one to two weeks before heart surgery. His study had 62 heart surgery patients in the CoQ10 active treatment group and 59 in the placebo control group.

Dr. Rosenfeldt’s study data showed that the CoQ10 supplementation prior to heart surgery is safe and beneficial.

In 2010, Dr. Rosenfeldt’s team in Melbourne did a second study. This time, they used a combination of micronutrients. They supplemented the active treatment group with the following micronutrients for up to two months before surgery and one month after surgery:

Their study data showed the following positive outcomes of the CoQ10 treatment compared to the placebo treatment:

In 2015, then, a Spanish team of researchers conducted a meta-analysis of eight Coenzyme Q10 and heart surgery studies. They included my 1993 study and the 2005 Rosenfeldt study. They did not include the 2010 Rosenfeldt study because it used a combination of micronutrients as the intervention, not just Coenzyme Q10.

Today, I consider that our pioneering study results in 1993 have been replicated.

Remember: not all CoQ10 supplements are equally well absorbed. You will want to find a preparation that has documented bioavailability and documented heart health benefits.