Talking to the cardiologist about taking Coenzyme Q10 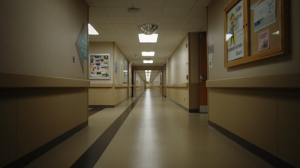 Doctors are people with a scientific slant of mind.  They tend to be skeptical.  They want proof.  And, when it comes to clinical research, they want results from randomized, double-blind, placebo-controlled studies with very large sample sizes.  Then, if there is a statistically significant result, they want to see the study replicated.

Preparing to talk to the cardiologist about Q10
What do we know by now?  That it is a rare doctor (or cardiologist) who likes to talk with a patient who has already consulted Dr. Google, isn’t that right?  Clearly, it bothers some doctors that we read about disease conditions and possible remedies on the Web and want to discuss what we have read. And, for doctors, time is money.

Much worse, I should think, are the television commercials paid for by the pharmaceutical companies that try to scare people into asking the doctor for a prescription.  But, never mind.  I want to talk about Coenzyme Q10, not about commercials for prescription drugs for depression and erectile function.

Coenzyme Q10 relevant for depression and erectile dysfunction?
By the way, doesn’t it seem probable that, for many people, there may be a connection between an energy-deprived heart and feelings of listlessness and depression?  Couldn’t it be that there is a connection between an energy-starved heart and the inability to get and maintain an erection?

I am just thinking out loud here.  It seems to me that it ought to be possible to raise and discuss issues like this with a doctor with whom you have a good relationship, isn’t that fair?

Dr. William Judy, SIBR Research, points out that there are hundreds of drugs — statins are just one example — that interfere with the body’s energy synthesis processes. For example, blood pressure drugs, hypoglycemic drugs, antidepressants, antibiotics, and certain chemotherapy drugs all rob the body of energy.

Me. … Dr. Judy, what do I want to say to the cardiologist to get the ball rolling?

Dr. Judy. … Well, you could start by asking the doctor if he has seen the Q-Symbio study results in the Journal of the American College of Cardiology in December of 2014.  The article by Dr. Svend Aage Mortensen and the other Q-Symbio researchers.

Me. … Okay, good, that is a start.  And I can imagine that I need to mention that the article appeared in the JACC specialty journal Heart Failure.  What if the doctor hasn’t seen the article?

Dr. Judy. … You could take a copy with you to give to the doctor.  Admittedly, some doctors might find that a bit presumptuous of a patient, but you would offer the article to the doctor only after finding out that he has not seen it.  You would be saving him time looking for it.

Dr. Judy.  … Ah, that is where you say, true, but … as Dr. Mortensen has already pointed out, … 13 out of the 16 previous double-blind placebo-controlled studies of Coenzyme Q10 adjuvant supplementation showed improvement of clinical parameters or hemodynamic parameters or exercise tolerance.

Plus, remember, there have been three meta-analyses of randomized controlled trials with Coenzyme Q10, all of which showed small but significant improvement in left ventricular ejection fraction. Improved ejection fraction is directly related to the force of heart muscle contraction and to increased myocardial energy production.

Me. … Right.  Good.  The numbers are there if you add them up.  The Morisco study alone enrolled something like 641 chronic heart failure patients.  The KiSel-10 study enrolled 443 elderly people. Both of those studies were randomized controlled studies.

Dr. Judy. … Good.  But, don’t get too hung up in the number of clinical trials and participants.  You want to say a word or two about why Coenzyme Q10 has a significant effect.

I would say that the big problem causing many cases of worsening heart failure is the problem of energy starvation of the heart muscle.  The mitochondria in the heart muscle cells simply do not get as much Coenzyme Q10 as they need to produce enough ATP.  That’s it in a nutshell.

Me. … Got it.  And then say something about the fact that Coenzyme Q10 is synthesized in the body in the same biological pathway as cholesterol is?

Me. … Well, for me, it is a no-brainer that people taking a statin medication need to take a Coenzyme Q10 supplement.

Me. … Now I am going to say something controversial, I think.  Those chronic heart failure patients and those patients taking statin medications, I think that they should read the relevant articles (Editor: please see my list of sources below; all of the articles are available through PubMed) and then decide if they need to take a Coenzyme Q10 supplement even if their doctor is hesitant to recommend it.

Me. … Right.  And time is running out for some of us.  If older people and heart disease patients want a better quality of life, well, Coenzyme Q10 has been shown to be safe, affordable, and effective.

Me. … Thank you, Dr. Judy.  The time to think seriously about Coenzyme Q10 is now.