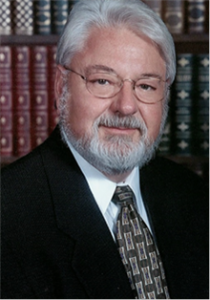 Dr. William Judy holds a Ph.D. in physiology and bio-physics, he taught physiology for many years in the Indiana University College of Medicine, and he has been doing research on the absorption and effects of Coenzyme Q10 for 30 years now. He is currently the chairman of SIBR Research.

How do we get optimal amounts of Coenzyme Q10 to produce the energy that we need?  That is the question that I asked of Dr. Judy.  I wanted Dr. Judy to tell me what conclusions he has arrived at based on his own CoQ10 research studies and on his reading of other CoQ10 research studies.  In what follows, I have summarized many of the important points that Dr. Judy makes.

Subject: the body’s own synthesis of CoQ10
The liver, because of its rather large mass, produces relatively more Coenzyme Q10 than other organs do. In fact, Dr. Karl Folkers thought that the endogenously produced CoQ10 in the blood comes primarily from the liver.  But, Dr. Judy tells me, other organs – the heart, the kidneys, the brain – certainly do also produce Coenzyme Q10.  And, actually, some Coenzyme Q10 is being synthesized in practically all of the cells in the body that have healthy mitochondria.  After all, every cell in the body needs energy to carry out its functions, and the energy production process requires the presence of ubiquinone Q10.

Subject: factors affecting the body’s synthesis of CoQ10
Remember, says Dr. Judy, the body’s own production of Coenzyme Q10 peaks about age 21 and then begins to decline (5).  By age 40 or 45, when most people are still active, the body’s own production will have fallen enough that more Q10 will be needed, either from the diet or from a supplement.  In athletes and in people who exercise strenuously (people who go to Gold’s Gym regularly), the need may occur at an even earlier age.  And, of course, at some point, perhaps in the 60s, an otherwise healthy man or woman may be producing only half as much Coenzyme Q10 as he or she did at age 21. Dr. Karl Folkers thought that most people, healthy or not, would have a CoQ10 deficiency by age 65. So, at a minimum, factors such as age, diet, disease conditions, exercise, fitness, and taking a statin medication will affect the body’s continuing ability to produce Coenzyme Q10 (3).  All of us will reach a point at which we need Q10 supplements.

Subject: the absorption of Coenzyme Q10 from the diet
The primary source of CoQ10 in the diet is animal protein (7). Vegetarians and vegans have, consequently, an even greater need for CoQ10 supplementation than meat eaters do.  Dr. Judy points out that much of the CoQ10 in animal protein ends up in the bottom of the cooking pot or pan. In earlier times, the drippings from cooked meat were used to make gravy and sauces, and people got CoQ10 from the gravy or the sauce.  But, most of us no longer eat much gravy or sauces, and we get correspondingly less CoQ10 from the meat that we eat.

Subject: the absorption of the ubiquinone form of Coenzyme Q10
The fat-soluble Coenzyme Q10 substance is known to be difficult to absorb.  Dr. Judy’s own research has shown him that Coenzyme Q10 taken in the form of a well-formulated ubiquinone Q10 supplement will typically be absorbed at a rate of 3 to 4 percent. An exceptionally well-formulated ubiquinone supplement dissolved in the proper vegetable oils and properly pre-treated to avoid the re-crystallization of the Q10 raw material inside the capsule may give as much as 8 percent absorption.  In other words, the person who takes a 100 mg capsule may absorb 3 or 4 or 8 milligrams of CoQ10.  Claims for better absorption are most likely false.

Taking 100 mg of CoQ10 twice a day, always with a meal, will result in higher absorption than taking 200 mg of CoQ10 at one meal.

Dr. Judy explains that each redox form of Coenzyme Q10 has an important function in the body.  The oxidized form, the ubiquinone, is essential for the production of ATP, the basic units of energy in the body.  The reduced form, the ubiquinol, is valuable for its antioxidant function, for its ability to donate electrons and quench harmful free radicals.

Logically, Coenzyme Q10 is needed more in its antioxidant form in the lymph and in the blood.  For Dr. Judy, the interesting research question now is understanding the mechanism by which the Coenzyme Q10 leaves the blood and enters the cells in the tissues.  In the cells and tissues, then, the ubiquinol molecules donate electrons and convert back to the ubiquinone form, the form that is needed for the process of producing energy in the cells.

The important thing to remember, says Dr. Judy, is that Coenzyme Q10 molecules in the body convert back and forth from the oxidized form to the reduced form many times. It is not as though a molecule serves to facilitate energy production or to quench free radicals and then no longer exists.

At one time, Dr. Peter Mitchell – who had discovered the role of CoQ10 in cellular energy production – believed that the body could never run out of CoQ10 (no deficiency). Dr. Mitchell seemed to think that the redox mechanism between ubiquinone and ubiquinol would keep on recycling CoQ10 forever.  However, it is clear that Coenzyme Q10 molecules, like everything else, eventually wear out.

Dr. Svend Aage Mortensen, University of Copenhagen Hospital cardiologist who was the lead researcher on the randomized, double-blind, placebo-controlled Q-Symbio study of the effect of Q10 supplementation on chronic heart disease patients.