Why I am taking ubiquinone Q10 capsules 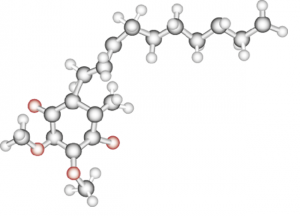 Coenzyme Q10, known as ubiquinone in its oxidized form and as ubiquinol in its reduced form, is a large fat-soluble essential bio-nutrient. The ubiquinone form is a vital component of the energy production process in the cells, and the ubiquinol form provides antioxidant protection throughout the body.

I am a long-time taker of ubiquinone Q10 supplements. 100 mg a day. I take the same ubiquinone Q10 capsules that were used in the Q-SYMBIO and KiSel-10 studies. As a consequence, I think, I have no problems with heart disease, diabetes, and hypertension. May it continue so.

Happy with my ubiquinone Q10 capsules
When, in 2007 – 2008, ubiquinol QH2 products became available commercially for the first time, I didn’t pay any attention, really. My supplement pattern – Q10, selenium, zinc, B-vitamins, vitamin C, fish oil – was not broken. Why fix it?

Marketing claims for QH2
And I was busy with other concerns. So, it was only five or six years later that I began to take notice of the marketing claims for the ubiquinol QH2 products. Because that is mostly what there is available to read, even today: marketing claims. I have looked for reports of research results and scientific studies, but I have not found much.

Good solid ubiquinone Q10 studies
There are some animal studies of ubiquinol QH2 products, and there are some anecdotal accounts and case studies of absorption or effects in humans.  What clinical trials there are do not, for the most part, have a placebo group or involve the proper use of a placebo group.  There just are not gold standard clinical trial results like the ones that we have for the ubiquinone Q10 product:

So far, more marketing claims than research results for ubiquinol
It seems that the introduction of ubiquinol QH2 products has changed the industry into an industry in which more money is being spent on marketing than on research.  It seems a sad development.

Coenzyme Q10 a natural substance
Ubiquinone Q10 and ubiquinol QH2 are natural substances. They come from Nature. Nature is not, in the long run, one of those things about which we can take the attitude that, well, reality is what we say it is in our marketing claims, in the way that we do so often in the world of politics and in the world of business.  Nature’s laws will undoubtedly prevail in the long run.

Need for unbiased research
The way to understand Nature is to do unbiased skeptical research. We need randomized, double-blind, placebo-controlled studies to remove as much bias as possible from our investigations.  We need to do tests of statistical significance on the research results. In the long run, we know that we cannot fool Nature with our marketing claims. We can only fool ourselves.

Questions remain about ubiquinone and ubiquinol
Given the imbalance in the research on the absorption and efficacy of ubiquinone Q10 and ubiquinol QH2 at this time, I have more questions than answers:

It seems  clear that supplementation will be important at age 40 or 45 years and for the rest of our lives. It is very difficult to get adequate amounts of ubiquinone Q10 in our food unless we eat prodigious amounts of meat and fish. In fact, according to the Q10 researchers Weber, Bysted, and Hølmer, we probably do not get much more than 5 milligrams per day from our food (3), and it is a good question what fraction of those 5 milligrams actually get absorbed.

In the dark about ubiquinol QH2 claims
Is the answer to be found in some mid-life gene expression or some genetic mutation? Is the answer to be found in mid-life changes in the mitochondria? At present, I feel that I am fumbling around in the dark trying to understand the marketing claim that, starting in mid-life, people absorb ubiquinol QH2 better than ubiquinone Q10.

I need to study up on these issues. Until I find out more, though, I am sticking with my ubiquinone Q10 supplement. I know that it has shown beneficial results in randomized, double-blind, placebo controlled studies.  Also in elderly people.  Take a look at the Alehagen’s KiSel-10 study conducted with elderly Swedish citizens (1).

Don’t misunderstand me. The ubiquinol form of Coenzyme Q10 is important for its antioxidant function in the body. Ubiquinol holds its two extra electrons rather loosely, and it gives those electrons to harmful free radicals and stops the oxidative damage that a chain reaction of free radicals would otherwise cause.

Remember, the Coenzyme Q10 molecules are converted back and forth multiple times from the oxidized ubiquinone Q10 form to the reduced ubiquinol QH2 form and back again.  Over and over.