The antioxidant function of Coenzyme Q10 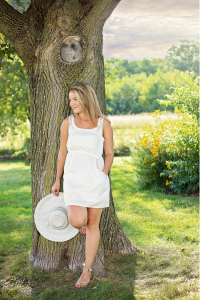 To live as long in life as we can and stay as young as we can, we need the protection of antioxidants. Coenzyme Q10 is, practically, a human immune system in itself. It quenches harmful free radicals and keeps them from damaging our cells and our DNA.

One theory to explain the process of aging is that there is an accumulation of oxidative damage through the years.  Oxidative damage is the damage to cells and DNA and lipids that occurs as a result of an excess of reactive oxygen species (also called free radicals) beyond the body’s ability to neutralize the harmful free radicals.  The free radical theory of aging presupposes higher free radical production and lower antioxidant protection in older adults.  In accordance with this theory, the use of supplements with antioxidant effects such as Coenzyme Q10, selenium, vitamin C, vitamin E, and various carotenoids and flavonoids is desirable.

The antioxidant function of Coenzyme Q10
In addition to its best known function as an essential co-factor in the cellular process of energy production, Coenzyme Q10 serves as an important lipid-soluble antioxidant both in the mitochondrial membranes and the cells’ plasma membranes and in lipoproteins in plasma. In both the mitochondria and in the plasma membranes, Coenzyme Q10 is continuously cycling back and forth between its oxidized form and its reduced form.

The Coenzyme Q10 that is absorbed from either of the two types of supplements will be converted to the antioxidant form, the ubiquinol form, when the Coenzyme Q10 passes from the absorption cells in the small intestine into the lymph system and slowly makes it way to the blood circulation.

Coenzyme Q10’s function outside the mitochondria
In the plasma membrane.
As noted above, inside our cells in the mitochondria, Coenzyme Q10 performs a vital dual function: co-factor in the process of energy production and antioxidant quenching free radicals.

Lipid peroxidation is a natural process in the body in which harmful free radicals steal electrons from the lipids in the plasma membrane, resulting in the degradation of the lipids.  Coenzyme Q10, the premier lipid-soluble antioxidant, works to block this degradation of lipids.

In the cytosol.
Xia et al suggest that the selenium-dependent thioredoxin reductase is the predominant enzyme for the reduction of ubiquinone in the cytosol.  The cytosol is the fluid (watery) part of the jelly-like cytoplasm found inside the cell surrounding the nucleus.  Ubiquinol protects the various organelles and particles suspended in the cytosol from oxidative damage.

Normal skeletal muscle CoQ10 levels tend to be approximately 0.36 micrograms per milliliter; normal heart muscle CoQ10 levels tend to be 0.43 micrograms per milliliter on average [Karlsson 1990].  Exercise and supplementation may increase these levels somewhat; without proper exercise and diet, they can decrease markedly. Any Coenzyme Q10 concentrations in the muscle tissue that are  70% or less of the normal levels indicate deficiency and distress.