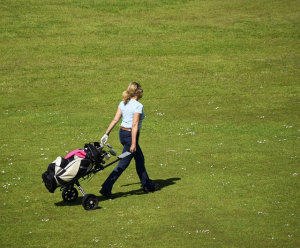 More physical activity is positively associated with higher plasma levels of Coenzyme Q10 in older adults. CoQ10 is vital for the process of cellular energy production and for antioxidant protection of the cells and plasma lipoproteins.

A 2014 study has shown that greater fitness among older adults is associated with the following health benefits:

The study participants – 19 men and 24 women – had an average age of 71 years.  The data from the study show that physical activity in the senior years can increase plasma concentrations of Coenzyme Q10 and can reduce the presence in plasma of a well-established bio-marker for oxidative stress [Del Pozo-Cruz 2014].

Coenzyme Q10 and oxidative stress
In the daily course of our using food and oxygen to make energy, we produce dangerous by-products called free radicals.  Exposure to radiation and environmental toxins also produces harmful free radicals in our bodies.

Aging, accompanied by a lack of physical activity, has been associated with higher levels of oxidative stress [Ji 2001] and, consequently, with higher risk of cardiovascular disease and death [Deichmann 2012].

Reduced oxidative stress (through the activity of antioxidants) is associated with various cardiovascular-related health benefits [Corbi 2012]:

Agility measurements were not associated with either Coenzyme Q10 levels or oxidative stress levels.

Obesity, however, was associated with lower plasma Coenzyme Q10 concentrations and with higher levels of malondialdehyde.  Obesity seemed to be even more significant in its effects in the female participants in the study.

And, in fact, the data from the 2014 study show that lower malondialdehyde levels are associated with higher values for good cardiovascular function.

The data from this 2014 study indicate that regular exercise activity by older adults can increase plasma levels of Coenzyme Q10, thereby making more Coenzyme Q10 bio-available for transfer into the cells and tissues.  Moreover, regular exercise can help older adults lower the levels of lipid peroxidation in the plasma, which should result in reduced risk of cardiovascular disease and death.

Both aerobic training and strength training are recommended for older adults.  And, then, because as we age, we produce less Coenzyme Q10 than we do when we are younger, a well-formulated Coenzyme Q10 supplement is necessary.