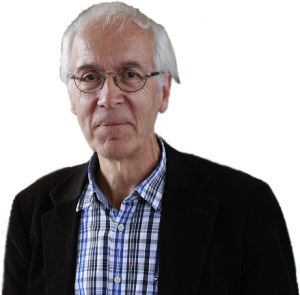 The best thing about Coenzyme Q10 adjuvant treatment of heart disease is that the CoQ10 treatment is a positive treatment. It does not block or reduce any neurohormonal activities in the body; instead, it enhances mitochondrial function in the process of cellular ATP energy production. And it provided antioxidant defense of the heart muscle cells.  Pictured here: Dr. Svend Aage Mortensen, lead researcher on the Q-Symbio Study.

It is important to remember that Coenzyme Q10 supplements vary considerably in their absorption and bio-availability.  A recent comparison study has shown that the formulation of the supplement – the composition of the carrier oils and the heating/cooling process – is more important for absorption and bio-availability than the form of the supplement (ubiquinone or ubiquinol) is [Lopez-Lluch 2019].

In this review article, we summarize the best of the clinical trials of ubiquinone Coenzyme Q10 supplementation for the prevention and treatment of heart disease.

Daily supplementation of chronic heart failure patients with 3 x 100 milligrams of Coenzyme Q10 for two years significantly improved the patients’ symptoms and survival [Mortensen 2014].  A sub-analysis of the European portion of the Q-Symbio Study showed that the CoQ10 supplementation significantly improved the patients’ ejection fraction [Mortensen 2019]. Professor Urban Alehagen, Linköping University, is the lead researcher on the KiSel-10 study and was one of the chief researchers on the Q-Symbio Study. As such, his research has encompassed both the preventive and the therapeutic effects of CoQ10 supplementation on heart disease.

Daily supplementation of heart failure patients with two milligrams of Coenzyme Q10 per kilogram of body weight for a year – corresponding to 150-200 milligrams of Coenzyme Q10 per day for most adults – in addition to conventional heart failure medication resulted in significantly less congestion and edema of the lungs as well as significantly fewer complications and hospitalizations [Morisco 1993].

In a second Italian multi-center heart failure study from the same period – a study enrolling 2664 heart failure patients – a daily dose of 50 to 150 milligrams of Coenzyme Q10 given in addition to the conventional heart failure medicine for three months was associated with significant improvement in the following symptoms:

Daily supplementation with 2 times 100 milligrams of Coenzyme Q10 for 12 weeks significantly improved the patients’ stroke index at rest and at work and significantly decreased pulmonary artery pressure at rest and at work. The measurements were taken before and after treatment using right heart catherization. The results suggested that Coenzyme Q10 supplementation is strongly associated with improvement in left ventricular performance [Munkholm 1999]. One of the unintended adverse effects of statin medications is that they inhibit the body’s bio-synthesis of Coenzyme Q10 [Okuyama 2015].

7. Coenzyme Q10 Before and After Heart Surgery Study

Heart surgery patients scheduled for heart valve surgery or coronary artery bypass surgery were randomly assigned to take Coenzyme Q10 supplements together with fatty acids, magnesium, lipoic acid, and selenium or to take matching placebos for two months prior to the surgery and for one month after the surgery [Leong 2010].

The active treatment significantly reduced the plasma levels of a known bio-marker for heart muscle damage and shortened the post-operation hospital stay by 1.2 days, thus reducing the hospital costs. There were no clinically significantly adverse effects of the supplementation before and after the heart surgery [Leong].

In an earlier similar study, heart surgery patients were given 100 milligrams of Coenzyme Q10 daily for 14 days before surgery and for 30 days after surgery.  Compared to the control group, the CoQ10-treated patients’ cardiac index and ejection fraction were significantly improved. The CoQ10-treated patients’ recovery from heart surgery was shorter and much less complicated than the recovery time for the control patients [Judy 1993].

Follow-up for an average period of 22 months revealed significant reductions in the prevalence of the statin-associated symptoms. The patients’ heart function remained stable or improved in most cases.

Discontinuation of the statin drug therapy and commencement of the Coenzyme Q10 treatment were not associated with any clinically significant adverse effects [Langsjoen 2005].

An earlier study by the same researcher, a six-year clinical study of therapy of cardiomyopathy with Coenzyme Q10, showed that Coenzyme Q10 supplementation is a safe and effective long-term therapy for chronic cardiomyopathy [Langsjoen 1990].

In a similar study, 32 heart attack patients started on daily supplementation with 100 milligrams of Coenzyme Q10 and 100 micrograms of selenium within six hours of admission to hospital and continuing for one year had only one death during the year, a non-cardiac death, whereas 29 similar heart attack patients taking placebos had six cardiac deaths during the year [Kuklinski 1994].

The outcomes from well-designed randomized controlled trials show that Coenzyme Q10 in daily dosages from 100 to 300 milligrams is a safe and effective adjuvant therapy for patients with cardiovascular diseases.

Coenzyme Q10 adjuvant therapy for heart failure patients is important.  It is important to remember that not all supplement formulations are equally good and that the better absorption and bio-availability may cost a bit more per day.