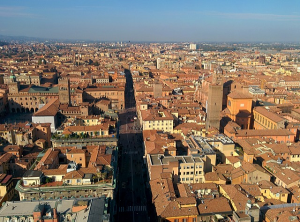 The 2015 conference of the International Coenzyme Q10 Association will be held October 8 – 11, 2015, at the University of Bologna in Bologna, Italy. The university was founded in 1088 and is the oldest university in Europe. Coenzyme Q10 researchers from all over the world will meet in Bologna to present and discuss the latest research results.

The conference promises to be an exciting one for several reasons.

Dr. Franklin Rosenfeldt
First and foremost, of course, there are the statistically significant positive results from the international multi-center study of the effect of the adjunctive treatment of heart failure patients with 300 mg/day of Coenzyme Q10 in the ubiquinone form.  Dr. Franklin Rosenfeldt, Department of Surgery, Monash University, Australia, will review the results from the Q-SYMBIO study.

No doubt someone in the audience at the conference will raise the question as to whether the results of the Q-SYMBIO would have been even better with if the reduced form of Coenzyme Q10 had been used.  I am very eager to hear the responses to this question.

Ubiquinone versus ubiquinol issues at the Q10 conference
I myself doubt that the use of any ubiquinol Q10 product could have improved on the Q-SYMBIO results.  I don’t rule the possibility out, but, let’s think about it.

Ubiquinone Q10 also used in the Swedish KiSel-10 study
With respect to the ubiquinone versus ubiquinol issues, I hope that the researchers at the International Coenzyme Q10 Association conference will remember that the same ubiquinone Q10 preparation was used in the successful KiSel-10 study in Sweden, showing that a combination of 200 mg/day of Coenzyme Q10 capsules (taken twice daily) and 200 mcg/day of organic selenium yeast tablets over a five-year period resulted in the following positive health outcomes:

Statins and Q10 also on the conference program
At the conference in Bologna, beyond the discussion of the relative merits of ubiquinone Q10 and ubiquinol Q10 preparations, there is sure to be a good discussion of the effects, both positive and negative, of the use of statins, the cholesterol-lowering medication such as Crestor, Levacor, Lipitor, Pravachol, and Zocor, to name some of the prominent statins.

Taking a Coenzyme Q10 supplement, then, is especially important for anyone in the following categories:

Ubiquinone – ubiquinol scorecard
So, ubiquinone or ubiquinol?  Nearly all of the solid research evidence is on the side of the best ubiquinone products, it seems.  I never want to say “never,” but, right now, I think about the following discussion points:

Oh, it will be an exciting conference.  The really exciting discussions will be the discussions of the merits of the ubiquinone and ubiquinol forms in the supplements themselves, and, of course, the need for Q10 supplementation for heart failure patients and for patients taking statin medications.

Dr. Svend Aage Mortensen, a pre-eminent Q10 researcher
For many people attending the Q10 conference, it will also be a sad occasion because Dr. Svend Aage Mortensen, formerly of the Copenhagen University Hospital, will not be in Bologna to present the results of the Q-SYMBIO study for which he was the lead researcher and lead author.  Dr. Mortensen’s contributions over the past many years to our knowledge of the safety and absorption and beneficial effects of Q10 supplementation are unparalleled.  Professor Gian-Paolo Littarru will speak at the beginning of the conference about Dr. Mortensen, the man and the cardiologist and the Q10 researcher, who emphasized the biochemical need for supplementation with Coenzyme Q10 in cases of heart failure because it is necessary to correct the Q10 deficiency state that is positively associated with heart failure.  Heart failure was, for Dr. Mortensen, at its most basic, caused by the energy starvation of the heart muscle cells that were not getting enough ubiquinone Q10.