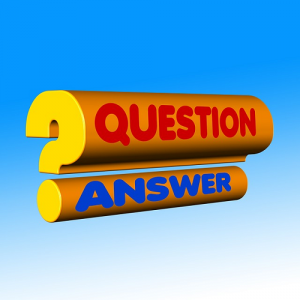 Puzzled as to the relative merits of Q10 supplements in the form of ubiquinone and ubiquinol, I have posed some additional questions to the long-time Coenzyme Q10 researcher, Dr. William Judy, of the SIBR Research Institute.

And that puzzles me.  Is that all there is to it, I wonder.

Q10 lipophilic and hydrophobic
Dr. William Judy has shown in his research data that the best ubiquinone products are absorbed as well or better than the best ubiquinol products.  Furthermore, Dr. Judy questions whether the Q10 molecule with its very hydrophobic tail can be made water-soluble.  Even if it could be made water-soluble, Dr. Judy doubts that the watery and mucus layers next to the absorption cells in the small intestine would permit the absorption of such a large molecule directly without a carrier.

I decided to pose some more Q10 questions to Dr. Judy:

1.  Isn’t it possible to add a surfactant (a wetting agent) to the Q10 that will make Q10 molecules and Q10 crystals disperse in water?

Dr. Judy’s Answer: Yes, it is possible.  … But, remember, getting the ubiquinol to disperse in a beaker of water is different from getting it to disperse in the chyme in the intestines. … Between the chyme and the intestinal absorption cells, there is a water layer and, over this water layer, there is a mucus layer of considerable thickness. … My training has led me to believe that only the smallest food molecules can penetrate the mucus layer and enter the water layer.  … Large food particle atoms can enter the water layer, but these food particles such as long-chain fats and proteins are not absorbed passively.  They need an active transport mechanism that requires energy. . … A molecule with more than 7 to 10 Carbon atoms cannot be absorbed passively.  The size of the Q10 crystals does not allow them (the Q10 crystals) to enter the mucus layer.  … And, no matter what, Q10 crystals cannot be absorbed as crystals.  Only single molecules can be absorbed.. … To me, the key to CoQ10 absorption is the size and lipid solubility of the Q10 molecules.

2. Why do you say that Q10 cannot be absorbed like smaller food particles?

Dr. Judy’s Answer:  The Q10 molecules have large number of carbon atoms. … A molecule with 7 to 10 carbon atoms can be absorbed passively directly in to the blood.  We normally see these molecules peak in blood within two hours after ingestion  … If Q10 molecules could be absorbed as small substances, then we should see the Q10 levels peak in the blood more quickly than the typical 6 to 8 hours after ingestion of Q10. …

Dr. Judy’s Answer:  My answer is that the necessary enzymes for the conversion from ubiquinone to ubiquinol, the oxy-reductase enzymes, are not readily available in the stomach and in small intestines.  … In my discussions with the Swedish researcher, Professor Lars Ernster, I learned that the body has reductase enzymes that convert the ubiquinone to the ubiquinol.  These oxy-reductase enzymes are secreted by the simple squamous cells that line the blood vessels and lymph vessels. … There, in the lymph vessels and in the blood vessels, that is where the conversion of ubiquinone to ubiquinol takes place, not in the stomach. … Furthermore, our SIBR research data show that the Q10 entering the abdominal lymph is almost entirely in the ubiquinone form.  … Our empirical data indicate that it is the ubiquinone form that is absorbed rather than the ubiquinol form. … Remember, the Q10 does not go directly from the absorption cells in the small intestine into the blood.  It passes through the lymph.

5. Why do I read sometimes that it is the ubiquinol form that is the active form?

Dr. Judy’s Answer: Both forms are important, ubiquinone for cellular bio-energetics and ubiquinol for antioxidant functions, for the quenching of free radicals. … But, if ubiquinol is the only active form, as has been claimed sometimes, then how do we explain that the health of so many people in the world has been significantly improved during the more than thirty years when we had only ubiquinone supplements?  … We can see in the Q-SYMBIO and KiSel-10 studies that ubiquinone is an active form.

6. Okay, I have to ask.  Would ubiquinol have produced the same or better results if it had been used in the Q-SYMBIO clinical trial?

Dr. Judy’s Answer:  Our research data suggest that, perhaps, the outcomes might have been more or less the same with ubiquinol treatment since we have found no significant differences, between the two products ubiquinone and ubiquinol, for absorption or bioavailability when given at 100 mg /day and 300 mg/day. … Beyond that, I can say only that the answer to this question may be related to which Q10 form enters the cell and the cell mitochondria best. The Q-SYMBIO trial needs to be repeated using the ubiquinol form of Coenzyme Q10.  We need to see ubiquinol tested in a large randomized, double-blind, placebo-controlled study.

7. Once again, which form of Q10 is involved in the production of energy in the cells?

Dr. Judy’s Answer: I am glad that you asked this question. … I have been seeing some claims in the US that ubiquinol is responsible for energy synthesis and some claims that ubiquinol starts the electron transfer process in the synthesis of energy and so on.  … This is simply not the case.  … The oxidized form, the ubiquinone form, is essential for the energy production process. Only ubiquinone, the oxidized form of Q10, can accept electrons from NADH to start the electron transport system. Ubiquinol is an electron donor. It can’t accept electrons.

Summing up Q10 absorption
The Q10 molecules in either form, oxidized or reduced, are high lipophilic and highly hydrophobic.  Q10 gets absorbed as ubiquinone.  For best absorption, Q10 supplements need to be taken together with high-fat foods that are good for you: avocados or peanut butter or salmon or mackerel come to mind.  Soybean oil has been seen to improve absorption.  Olive oil, on the other hand, does not seem to improve absorption as well.