The 2019 Lopez-Lluch bioavailability study – the “gold standard” reference for CoQ10 bioavailability studies – showed, among other things, that there is considerable variability from individual to individual. Individuals differ in the ability both to absorb Coenzyme Q10 as such and to absorb Coenzyme Q10 in differing formulations [Lopez-Lluch 2019]. 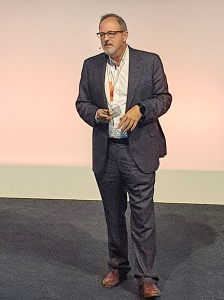 Professor Guillermo Lopez-Lluch was the lead researcher on a double-blind cross-over study of the ways in which different formulations of CoQ10 supplements result in different levels of absorption and bioavailability. Especially important to the formulation of the CoQ10 supplement is the choice of the carrier oils and the thermal crystal solubilization process.

That extensive inter-individual variability in absorption means that it is quite difficult to assess the relative bioavailability of different CoQ10 formulations across different bioavailability studies. The reason is that there are influential differences in the study participant cohorts: young and old, male and female, athletic and sedentary, etc.

For example, Beaulieu et al present evidence that supports the theory that the CoQ10 metabolism in response to a CoQ10 supplement differs between men and women [Beaulieu 2022].

The Lopez-Lluch bioavailability study shows that CoQ10 bioavailability is highly dependent upon the choice and the ratio of the carrier oils in the supplement and the extent of the dissolution of the Coenzyme Q10 in those oils [Lopez-Lluch 2019].

Perhaps equally important to the bioavailability of the CoQ10 supplement is the CoQ10 thermal crystal solubilization process used in the manufacturing of the supplement. By this, we mean precise heating and cooling procedures that result in the solubilization of the Coenzyme Q10 at body temperatures [Lopez-Lluch 2019].

What Hinders the Uptake of Coenzyme Q10 from Supplements?

Kaikkonen and Langsjoen, separately, showed that concurrent supplementation with Vitamin E and Coenzyme Q10 resulted in a decline in plasma CoQ10 absorption levels [Kaikkonen 2002; Langsjoen 2005]. Accordingly, it is advisable not to take more than 200 mg of vitamin E simultaneously with a CoQ10 supplement.

In the Lopez-Lluch study, two supplement formulations with the same oil matrix and the same manufacturing procedures differed only by the addition of vitamin C to one of them. The formulation containing the vitamin C had a 50% lower bioavailability over 48 hours after ingestion [Lopez-Lluch 2019].

Professor Lopez-Lluch says: “In our study, and in others, addition of antioxidants and other compounds such as sterols seems to reduce the absorption of dietary Q10” [Lopez-Lluch 2017, June 5, email].

PABA, a substance similar to the B vitamins, is sold as a dietary supplement. This substance has been shown to be not only a competitive inhibitor of the CoQ10 bio-synthetic pathway enzyme, COQ2, but also to reduce the absorption of Coenzyme Q10 from supplements [Duberley 2013].

The researchers observed  significant reduction of hepatic enzymes activity, systolic blood pressure, inflammatory markers and triglyceride levels in both treatment groups in comparison to the unaltered statin control group. Thus, they concluded that the combination with omega-3 fatty acids did not significantly reduce the effect of the CoQ10 treatment [Toth 2017].

Similarly, Beaulieu et al compared Coenzyme Q10 in powder form with Coenzyme Q10 mixed with monoglycerides from omega-3 fatty acids. They found that the bioavailability of the Coenzyme Q10 in oil during 48 hours following ingestion was twice as great as for the powder Coenzyme Q10 [Beaulieu 2022].

Effect of CoQ10 concentration in supplements

In the Q-Symbio study of the beneficial effect of CoQ10 adjuvant treatment of chronic heart failure, the researchers administered 100 mg of Coenzyme Q10 three times daily, in the morning, at lunch time, and at dinner time [Mortensen 2014].

CoQ10 supplement with a meal containing some fat

For best absorption, CoQ10 supplements must be taken in divided doses, as indicated above, and must be taken together with a meal containing some fat. Monoglycerides from fatty acids improve the passage of the Coenzyme Q10 through the small intestines to the intestinal absorption cells [Judy 2018].

For example, eating peanut butter or yogurt has a beneficial effect on the absorption of Coenzyme Q10 from supplements [Langsjoen 1994; Bhagavan 2006].

Beaulieu et al found a difference in the CoQ10 metabolism between men and women in that the CoQ10 concentrations peaked at 10 hours after ingestion in women but at 6 hours after ingestion in men [Beaulieu 2022].
Their data also suggest that women actually have lower CoQ10 clearance than men since their plasma CoQ10 concentrations were higher than men 24 and 48 hours after the single-dose intake. But, again, we have to take into account individual variability in CoQ10 absorption. The Beaulieu study enrolled only 30 study participants.

Conclusion: CoQ10 Comparisons Can Be Misleading