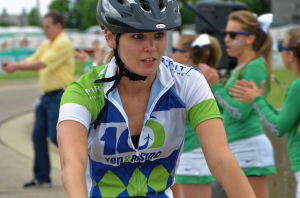 In other words, pre-diabetics and diabetics can safely take Coenzyme Q10 supplements to gain these known heart health benefits:

Note: Hb1Ac is a measure of an individual’s average blood sugar levels over a period of months.  It is a bio-marker for longer-term blood sugar status.

Note: Oxidative stress is commonly understood to refer to a gross imbalance in the body between the numbers of harmful free radicals (molecules that are highly reactive) and the numbers of antioxidants, such as Coenzyme Q10, that are available to neutralize the free radicals.  Free radicals, in their reacting to become stable, will strip electrons from other molecules, which will then re-stabilize themselves by stealing electrons from other molecules. The resulting chain reaction has a domino effect, damaging cell DNA and proteins and lipids in its path.

Free radicals are a constant problem.  Our bodies produce them as a by-product in the course of combining glucose with oxygen to produce energy (to put it in the simplest of terms).  Moreover, our bodies are constantly exposed to environmental causes of free radicals.  At the same time, a certain quantity of free radicals does perform useful functions in the body.

Supplementation with Coenzyme Q10 is important and necessary
Our bodies have to have adequate quantities of the essential bio-nutrient Coenzyme Q10 to perform three basic biological functions:

Daily supplementation with Coenzyme Q10 is necessary for the rest of our lives once we reach our 30s and 40s and beyond.  There are two solid reasons for this need for supplementation:

It is for these reasons – the decreasing bio-synthesis of Coenzyme Q10, the inadequacy of Coenzyme Q10 in the typical diet, and the inhibiting effect of some medications – that we need Coenzyme Q10 supplementation.  Diminished blood and tissue levels of Coenzyme have been associated with ageing and the development of degenerative diseases such as heart disease and cancer [Mortensen].

Testing of the Coenzyme Q10 supplement used in the Q-Symbio and KiSel-10 studies
The same formulation that was used as the active treatment in the Q-Symbio study and in the KiSel-10 study has been tested in randomized controlled studies enrolling patients diagnosed with diabetes.

Dr. Henriksen et al showed that daily supplementation of type-1 diabetics with 100 milligrams of Coenzyme Q10 for three months did not affect blood sugar status or insulin requirements.  Neither did the Coenzyme Q10 supplementation cause any changes in the feeling of well-being of the diabetic patients.  The researchers’ conclusion from the results of the study was that type-1 diabetics can safely take Coenzyme Q10 for its heart health benefits [Henriksen].

Dr. Eriksson et al showed that daily supplementation of type-2 diabetics with 100 milligrams of Coenzyme Q10 for six months did not affect glycemic or metabolic control.  The researchers concluded that Coenzyme Q10 is safe for use as an adjunctive treatment of type-2 diabetes patients with associated heart disease diagnoses [Eriksson].

Bottom line for diabetics
Daily Coenzyme Q10 supplementation has been shown to be safe for diabetes patients and is associated with significantly improved heart health outcomes.  Diabetes patients will want to discuss Coenzyme Q10 supplementation with their physicians and cardiologists.  The reference list below is a good starting point for such a discussion.