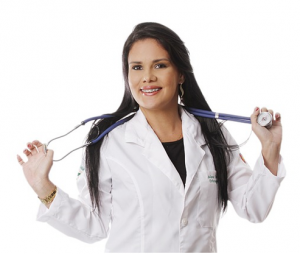 Health professionals know that it is the formulation of the Coenzyme Q10 nutritional supplement that is decisive in the absorption and the heart health effects. It is important to choose a daily Coenzyme Q10 supplement that has documented results in randomized controlled trials.

Coenzyme Q10 supplements are clearly one of the products in today’s America that come in many different formulations. And, with respect to Coenzyme Q10’s absorption and effectiveness, the important difference is the difference in the formulation. Dr. William Judy, the director of the SIBR Research Institute, has tested Coenzyme Q10 supplements with absorption rates ranging from below 1% to as high as 8% of a 100-milligram capsule.

Coenzyme Q10 absorption necessary for heart health benefits
That is as good as saying that some Coenzyme Q10 supplements give no absorption of consequence at all.  At the other end of the spectrum, we know that some formulations give an absorption that is associated with statistically significant health benefits.  I am referring, of course, to the results that we have seen in these randomized controlled trials:

What is the secret of a good Coenzyme Q10 supplement?
Yes, undoubtedly the purity of the raw material is important.  Also important is a raw material with only (or nearly exclusively) the trans form of the Coenzyme Q10 molecules.

Not enough to buy Coenzyme Q10 raw material and stuff it into capsules
Okay, why do we say that it is not good enough, simply to buy a 99% pure Coenzyme Q10 powder and use machines to pack the dry powder into tablets or capsules?  How complicated can it be?

As Dr. Judy points out, the body cannot absorb these Coenzyme Q10 crystals.  Only those manufacturers of Coenzyme Q10 supplements who have developed a special formulation process will be able to produce a Coenzyme Q10 capsule that can give a decent absorption.

Alert: if you buy a Coenzyme Q10 supplement in which the molecules have re-crystallized inside the capsules, you are not going to get the absorption that you need.

What are we looking for in Coenzyme Q10 production?
Here are some of the things that we, as consumers, should expect from the manufacturers of our Coenzyme Q10 capsules: