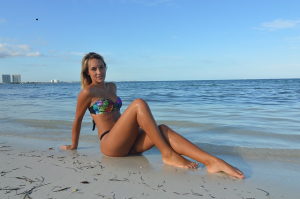 Being healthy and in good physical condition means having low levels of inflammation in our bodies. A simple blood test of the levels of C-reactive protein in our blood shows the level of inflammation. The CRP levels predict the risk of heart disease and stroke. Daily supplementation with Coenzyme Q10 and the trace element selenium has been shown to reduce CRP and inflammation levels.

Evidence from large epidemiological studies
The data from the Physicians Health Study, a study of 18,000 healthy doctors, show that elevated concentrations of CRP in the blood are associated with a threefold increased risk of heart attack. The data from the Women’s Health Study show that healthy postmenopausal women with elevated CRP levels are four times as likely to suffer heart disease or stroke. In both studies, CRP levels were seen to be as accurate as or more accurate than cholesterol levels at predicting heart disease [4].

Coenzyme Q10 and CRP in the KiSel-10 study
In the KiSel-10 study, supplementation of elderly people aged 70 to 88 years with a combination of Coenzyme Q10 and selenium resulted in a statistically significant reduction in CRP levels [1]. The study enrolled 443 individuals. The individuals in the active treatment group took 200 milligrams of Coenzyme Q10 and 200 micrograms of selenium daily for four years. The individuals in the control group took placebo capsules and tablets.  The researchers continued to follow the health status of the study participants for another five years on average.

Coenzyme Q10 and CRP in the Thakur sickle-cell study
In a 2013 study, Thakur, Littarru, Moesgaard, and Sindberg assigned sickle-cell patients to three groups:

Coenzyme Q10 and CRP in other randomized controlled trials
Zahed and a team of researchers tested the effect of supplementation with Coenzyme Q10 on CRP levels in dialysis patients [6].  They conducted a single-blind randomized cross-over study in which all patients received the active Coenzyme Q10 (100 mg daily) for three months and received a placebo treatment for three months with a two-week washout period in between.  The effect of the active Coenzyme Q10 treatment was to reduce significantly the patients’ CRP concentrations in plasma.

Similarly, Farsi and research colleagues did a randomized, double-blind, placebo-controlled study of the effect of supplementation with Coenzyme Q10 on patients with nonalcoholic fatty liver disease, a chronic liver condition association with inflammation [3].  Patients in the active treatment group took 100 milligrams of Coenzyme Q10 daily for 12 weeks.  Patients in the control group took a placebo.

The researchers took blood samples at the beginning of the study and at the end of the study.  The data showed that daily supplementation with Coenzyme Q10 significantly reduced CRP levels.

Conclusions –- what does the research show?