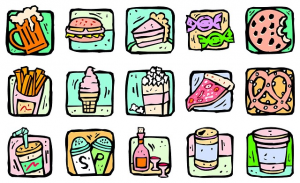 Coenzyme Q10 and the elderly
By now, it is well-documented that the human bio-synthesis of Coenzyme Q10 declines steadily in most people starting at age 40 [Kalen 1989, Soderberg 1990].  Data from the KiSel-10 study show that daily supplementation of elderly people, aged 70 – 88 years, with Coenzyme Q10 and selenium has several beneficial health effects:

In sum, the KiSel-10 study shows that there is an interrelationship between selenium and Coenzyme Q10 that can be exploited for therapeutic benefit if the two substances are used together [Alehagen 2015].  The combination of Coenzyme Q10 and selenium is effective both as a preventive measure in middle-aged and elderly persons at risk of developing heart disease and as an adjunctive treatment of patients already diagnosed with heart failure.

Littarru and Langsjoen [2007] have pointed out that Coenzyme Q10 levels are depleted not only in plasma or serum but also in the platelets and in the lymphocytes of  patients treated with statins. Therefore, it seems logical that the depletion of Coenzyme Q10 is caused by that statin medications’ interfering with the natural bio-synthesis of  Coenzyme Q10 and not just by the reduced number of lipoproteins to transport the Coenzyme Q10 molecules in the blood.

The declines in the blood levels and in the clinical status of patients on statin medications can be prevented or reversed through the use of supplemental Coenzyme Q10 [Folkers 1990, Bargossi 1994, Miyake 1999].

Coenzyme Q10 does not interfere with the cholesterol lowering work of the statin medications
Miyake et al [1999] did a study of non-insulin-dependent diabetic patients and noted the following results:

Wong et al [2001] did a study that showed that the beneficial anti-inflammatory effect of simvastatin on white blood cells was not affected by supplementation with Coenzyme Q10.

The rationale for Coenzyme Q10 together with a statin medication
What do we know at present?

Consequently, it would seem to be unwise to prescribe statin medications for elderly people and for heart failure patients and, then, not to prescribe Coenzyme Q10 for people in these categories.

Need to re-consider statin medication guidelines?
Statin medications have been used for nearly thirty years now.  Their use has reduced cholesterol levels and has reduced the number of heart attacks.  However, it should be noted that the increases in the frequency of diagnoses of heart failure have been spectacular during the same 30-year period.

In a 2015 article, Dr. Okuyama and Dr. Langsjoen have spelled out the pharmacological mechanisms involved in the worsening of chronic heart failure and atherosclerosis through the use and over-use of statin medications. They point to the following undesirable effects of statin medications;

A sub-set analysis of CORONA (Controlled Rosuvastatin Multinational Study in Heart Failure) study data showed that rosuvastatin statin therapy at the level of 10 milligrams per day reduced plasma Coenzyme Q10 concentrations significantly by 39%.  In the study, more rosuvastatin patients than control patients suffered cardiovascular death, heart attack, or stroke.  The patients taking the rosuvastatin had greater all-cause mortality and more coronary events than did the control patients.  These outcomes did not reach the pre-specified level of statistical significance, but, to Dr. Svend Aage Mortensen, lead researcher on the Q-Symbio study, such outcomes did seem to be clinically relevant.  Furthermore, the authors of the CORONA study were hesitant to rule out an adverse effect of the statin therapy without accompanying Coenzyme Q10 supplementation.

Folkers, K., Vadhanavikit, S., & Mortensen, S. A. (1985). Biochemical rationale and myocardial tissue data on the effective therapy of cardiomyopathy with coenzyme Q10. Proceedings of The National Academy of Sciences, 82(3), 901-904.