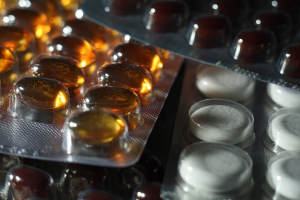 The Coenzyme Q10 comparison study design in Sevilla
The researchers in Sevilla tested the absorption of each of seven different Coenzyme Q10 preparations, all containing 100 milligrams of Coenzyme Q10, on the same 14 healthy study participants.  The study was a single-dose absorption study.

Following the one-time administration of the supplement, the researchers measured the participants’ plasma Coenzyme Q10 concentrations at 2, 4, 6, 8, 24, and 48 hours.

Ubiquinone-ubiquinol debate previously based on mismatched studies
The previous claims that I have seen for ubiquinol have been based on questionable comparisons.  For example, there was a widely disseminated claim for ubiquinol supplements based on studies that were done ten years apart.  Nothing in the two studies, the ubiquinone study and the ubiquinol study, was the same.  Not the researchers, not the study participants, not the dosages, not the measurement techniques.

Professor López-Lluch and his colleagues at the University of Sevilla have been studying the reasons for this variability.  I want to present some of their thoughts about this issue in a separate article.

The importance of these comparison study results
To my knowledge, this is the first study that compares the absorption of 100 milligrams of ubiquinone Coenzyme Q10 straight up with the absorption of 100 milligrams of ubiquinol Coenzyme Q10 as administered to the same group of study participants and measured and analyzed by the same group of researchers.  The results are important and should put a stop to misleading marketing claims for ubiquinol supplements:

What do we know about Coenzyme Q10 supplements?

Disclaimer: The information summarized in this article is not intended for use as medical advice.