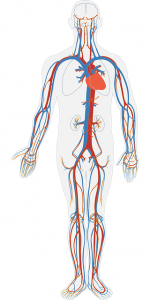 Heart failure does not mean that the heart has stopped working. It means that the heart is not pumping as much blood out to the rest of the body as it should. The consequence is that the body organs and tissues do not get as much oxygen and as many nutrients as they need. Clinical trials show that treatment with Coenzyme Q10 in addition to conventional heart failure medication is beneficial.

Absorption and Bioavailability of the CoQ10 Supplement

CoQ10 supplements are very different from one another. The CoQ10 supplement that gave the beneficial heart health outcomes listed above is a specially formulated CoQ10 preparation, specially formulated with respect to the carrier oils in which the Coenzyme Q10 raw material is dispersed and with respect to the heating and cooling process used in the manufacture of the supplement. It has documented absorption and bioavailability.

Many, perhaps most, of the CoQ10 products for sale in Europe and the United States cannot be expected to give the same heart health benefits as were demonstrated in the Q-Symbio Study of the effect of Coenzyme Q10 on morbidity and mortality in chronic heart failure.

The CoQ10 raw material comes as a crystalline powder. The human body cannot absorb the CoQ10 crystals. The crystals must be dissociated in the manufacturing process to single CoQ10 molecules. The CoQ10 molecules themselves are large, fat-soluble molecules, too large to be absorbed via the capillary system directly into the blood. They must pass from the intestinal absorption cells to the lymph and then transit the lymph to reach the blood circulation.

Once absorbed, Coenzyme Q10 provides antioxidant protection for lipoproteins in the blood plasma. When it reaches the tissue cells, Coenzyme Q10 plays an essential role in ATP energy generation and as an antioxidant neutralizing harmful free radicals.

Aggregated data in a 2013 meta-analysis of 13 randomized controlled trials has shown that CoQ10 treatment was associated with a small but significant improvement of ejection fraction and with a borderline improvement in NYHA class (p=0.06) [Fotino 2013].

Data from a 2013 Cochrane Database review has showed that CoQ10 supplementation lowered the rate of hospitalization and improved the NYHA class in heart failure patients [Madmani 2013].

Coenzyme Q10 for Management of Hypertension

A meta-analysis of data from 12 clinical trials has shown that statin medications of varying intensities and durations significantly decreased circulating CoQ10 concentrations [Qu 2018]. This occurs because the statin medication inhibits the bio-synthesis of Coenzyme Q10 in the same way that it inhibits the bio-synthesis of cholesterol [Okuyama 2015].

In the words of Dr. Mortensen, lead researcher on the Q-Symbio Study of adjuvant treatment of chronic heart failure patients with Coenzyme Q10: Coenzyme Q10 is safe, well-tolerated, effective, affordable.

And in the words of Dr. Lopez-Lluch, lead researcher on the Bioavailability of Coenzyme Q10 Supplements Study: Seven tested formulations showed large and significant differences in bioavailability.