Coenzyme Q10 in its two forms: ubiquinone and ubiquinol 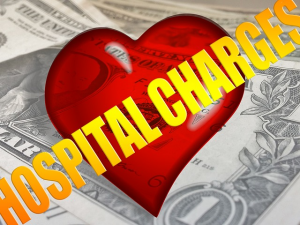 Gold standard clinical studies show that daily supplementation with Coenzyme Q10 in the form of ubiquinone can significantly reduce the duration of hospital stays and the number of admissions to hospital because of heart disease.

Coenzyme Q10 randomized controlled studies done with ubiquinone
Altogether, there have been 36 small clinical trials of supplementation with a ubiquinone form of Coenzyme Q10. In 34 of the studies, the results were positive, showing beneficial effects in improving heart function in heart failure patients. Two studies have had neutral outcomes.  The point to be made here is that the important Coenzyme Q10 research has been done with the original oxidized form of Coenzyme Q10 that is called ubiquinone.

No equivalent research studies done with ubiquinol
Since 2007, some producers of Coenzyme Q10 capsules have marketed the reduced form of Q10, called ubiquinol.  They have made claims for ubiquinol’s absorption and effectiveness, but – a big but here – the thing that is lacking is the sort of documented research results that we have for the use of the ubiquinone form of Coenzyme Q10.

Emphasis on absorption and not on effect
The research that has been done with ubiquinol seems to be, mostly, laboratory studies and experiments conducted on mice and some human studies in which dubious comparisons of absorption have been done.  There simply have not been studies of the health benefits of ubiquinol supplements that can be compared to the Q-Symbio study, the KiSel-10 study, and the Morisco study.

If we, as careful consumers, think about it, then, yes, absorption is important to us.  We do want to know that the nutritional substance that we are purchasing will be absorbed.  But, even more importantly, we want to see research results that confirm a beneficial effect of our Coenzyme Q10 supplement on our heart health.

Dr. William Judy has done extensive research into the safety and absorption and health effects of supplementation with Coenzyme Q10. He remains dubious about marketing claims for the ubiquinol form of Coenzyme Q10 supplements.

Long-time Coenzyme Q10 researcher and consultant Dr. William Judy
Dr. William V. Judy, founder and president of the SIBR Research Institute, has been conducting research with Coenzyme Q10 for 45 years now.  His research results based on human and laboratory studies and animal studies refute the marketing claims for superior absorption of Coenzyme Q10 in the ubiquinol form.