Supplementation with Coenzyme Q10 has primarily made use of the oxidized form called ubiquinone. It is the stable form of Coenzyme Q10, the form with which all the important clinical studies have been done involving elderly persons, heart failure patients, and Gulf War Illness patients [Alehagen 2013; Golomb 2014; Mortensen 2014]. 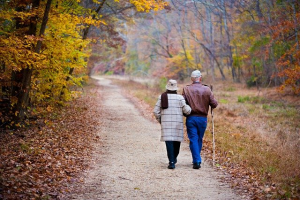 When we reach the September of our years, our cells synthesize less and less of Coenzyme Q10, the essential bio-nutrient that is needed for ATP energy generation, for antioxidant defense against harmful free radicals, and for anti-inflammatory effects.

In study participants with low baseline selenium status, the combination of Coenzyme Q10 together with the essential trace element selenium appears to reduce the level of oxidative stress and inflammation and to delay or ameliorate the development of some age-related disorders [Aaseth 2021].

With increasing age in middle-age and in the senior years, the cellular bio-synthesis of Coenzyme Q10 decreases steadily. Moreover, the use of statin medications for the management of cholesterol metabolism disorders and the use of biophosphonates for the slowing of bone loss can significantly compromise CoQ10 levels in the body because of their inhibitory effects on its bio-synthesis [Aaseth 2021].

Observations show that many patients with atherosclerosis, cardiovascular diseases, diabetes type 2, and neurodegenerative disorders have lowered levels of Coenzyme Q10 in their blood plasma [Aaseth 2021].

The combination of Coenzyme Q10 (2 times 100 mg/day) and selenium (200 mcg/day) administered for four years to an elderly Swedish population with low selenium status appeared to protect against the development of atherosclerosis leading to cardiovascular disease [Alehagen 2018a].

In the same Swedish study, the KiSel-10 Study, the researchers found that the combined CoQ10 and selenium supplementation was associated with a reduction in the formation of advanced glycated products; specifically, the active treatment with Coenzyme Q10 and selenium was associated with lower concentrations of fructosamine in the total population, in both the males and the females in the non-diabetic population, and in both the younger (< 76 years) and the older (≥76 years) participants [Alehagen et al., 2020a].

This is an important finding because high fructosamine concentrations are associated with microvascular complications, with the development of type 2 diabetes, and with increased risk of cardiovascular mortality. Higher concentrations of fructosamine are associated with increased risk of coronary heart disease, heart failure, and stroke [Aaseth 2021].

Supplementation with Coenzyme Q10 has been associated with improved endothelial function. In the KiSel-10 Study, the researchers observed a significant decrease in the plasma concentrations of von Willebrand factor and PAI-1 (plasminogen activator inhibitor-1), which they interpreted as a normalization of endothelial function in the supplemented study participants compared with those given placebo [Alehagen 2020b].

Two meta-analyses of randomized controlled trials have examined the efficacy of Coenzyme Q10 on the plasma concentrations of various blood bio-markers of inflammation and have shown that CoQ10 supplementation in doses ranging from 60 to 500 mg/day for periods of one week to four months was associated with significant decreases in the production of inflammatory cytokines [Fan 2017; Zhai 2017].

In the KiSel-10 Study, the combined CoQ10 and selenium supplementation was associated with significantly reduced plasma levels of six bio-markers for systemic inflammation [Alehagen 2015; Alehagen 2019].

Supplementation with Coenzyme Q10 and selenium during four years in the KiSel-10 Study resulted in less concentration of two plasma bio-markers of oxidative stress. The combined supplementation was associated with a cardioprotective effect that persisted after 12 years of observation [Alehagen 2015; Alehagen 2018b].

Numerous clinical trials, systematic reviews, and meta-analyses have documented the safety and efficacy of Coenzyme Q10 in the treatment of various diseases: the highest dose for long-term CoQ10 supplementation is 1200 mg daily [Hathcock 2006].

The scientific evidence indicates that supplementation with Coenzyme Q10 positively affects mitochondrial deficiency syndrome as well as some of the symptoms of ageing. In particular, CoQ10 supplementation seems to protect against heart disease and inflammation [Aaseth 2021].

At last count, there were 72 CoQ10 products listed on amazon.com. There should be a prominent warning to consumers on amazon.com to the effect that the various CoQ10 products do not the same absorption and bio-availability – and thus, cannot have the same beneficial health effects.

Consumers should buy a CoQ10 product for which there is documentation of its absorption and bio-availability [Mantle & Dybring 2020].

Mantle D, Dybring A. Bioavailability of Coenzyme Q10: An Overview of the Absorption Process and Subsequent Metabolism. Antioxidants (Basel). 2020;9(5):386. Published 2020 May 5.