Fibromyalgia is a common chronic pain condition without a known cause and without a reliable, effective medical treatment. It has several signs and symptoms in common with chronic fatigue syndrome: fatigue, pain, weakness, a feeling of discomfort in the body, a sense of unease and/or anxiety and depression. 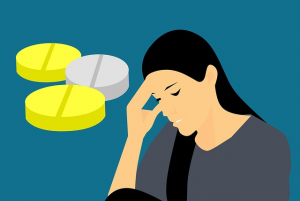 Mitochondrial dysfunction, oxidative stress, and inflammation have been associated with fibromyalgia.

CoQ10 supplementation may restore an underlying deficit in CoQ10 status, which has been associated with fibromyalgia, and may improve the fibromyalgia patient’s outlook by:

In 2013, Cordero et al. reported the results of a randomized controlled trial in which fibromyalgia patients were supplemented with 300 mg Coenzyme Q10 per day for 40 days. The CoQ10 treatment was associated with significant reductions of pain, fatigue, morning tiredness, inflammation, and oxidative stress. The researchers observed a corresponding increase in mitochondrial energy generation and concluded that Coenzyme Q10 is a potential therapeutic agent in fibromyalgia [Cordero 2013].

Then, they observed that the CoQ10 treatment over 40 days had the following effects:

The researchers suggested that CoQ10 deficiency affects serotonin content in platelets and, presumably, in other cells such as neurons of the central nervous system [Alcocer-Gomez 2014].

In 2017, Alcocer-Gomez et al. reported that supplementation of fibromyalgia patients with Coenzyme Q10 (300 mg/day for 40 days) was associated with significantly improved psychopathological symptoms. The researchers linked the improvement to the effect of Coenzyme Q10 in reducing oxidative stress and inflammation and in increasing serotonin levels [Alcocer-Gomez 2017].

In more than 200 clinical trials, CoQ10 supplementation has been shown to be safe and well-tolerated with no serious adverse effects; there are no known toxic effects [Hidaka 2008].

To be effective, the Coenzyme Q10 has to reach the blood circulation and then be transferred to the tissue cells.

Coenzyme Q10 molecules are relatively large and are lipid-soluble; thus, they are not easily absorbed. In the small intestine, the CoQ10 molecules must be absorbed in the same way as other lipid-soluble nutrients such as Vitamin E and then transported via a lipid carrier (chylomicrons) through the lymph to the blood circulation [Mantle & Dybring 2020].

Coenzyme Q10 from supplements that remains in the crystalline form cannot be absorbed. The manufacturer of the CoQ10 product must find a process that dissolves the CoQ10 crystals to single molecules and keeps them dissolved at body temperature [Mantle & Dybring 2020].

The point being that the various CoQ10 products on the shelf and available from amazon.com are not all equally absorbed. It costs money to produce a CoQ10 product with an optimal absorption and efficacy – money spent on cheap CoQ10 products is most likely money wasted.

Mantle D, Dybring A. Bioavailability of Coenzyme Q10: An overview of the absorption process and subsequent metabolism. Antioxidants (Basel). 2020 May 5;9(5):386.