Coenzyme Q10 and selenium in combination slow down the aging-related shortening of telomeres and thus contribute to longevity – to a longer and healthier lifespan. This is the important new message from a sub-study of the KiSel-10 Study data, published in a peer-reviewed scholarly journal in 2022 [Opstad 2022].

Preservation of Telomere Length with Coenzyme Q10 and Selenium Supplementation

Prof Urban Alehagen and the KiSel-10 research team investigated whether long-term supplementation with Coenzyme Q10 and selenium had had an effect on the aging-related shortening of telomeres. The researchers knew that the shortening of telomeres – telomeres are the caps on the ends of chromosomes – is associated with aging and with increased risk of death from cardiovascular disease. 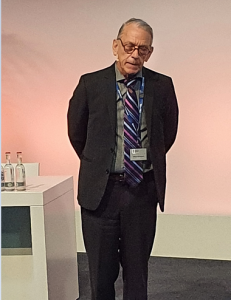 Professor Urban Alehagen lecturing at the 2022 International Coenzyme Q10 conference in Hamburg, Germany, about the anti-aging properties of combined CoQ10 and selenium supplementation.

Their findings were interesting [Opstad 2022]:

Bottom Line: Long-term combined supplementation with Coenzyme Q10 and selenium is associated with a slowing down of the aging-related shortening of leukocyte telomeres as well as associated with reduced cardiovascular mortality [Opstad 2022].

Note: In his bestseller book Lifespan: Why We Age―and Why We Don’t Have To, Dr. David Sinclair explains that the aging-related shortening of telomeres, also known as “telomere attrition,” eventually leads to cells’ losing their ability to divide and to cell death [Sinclair & LaPlante 2019]. 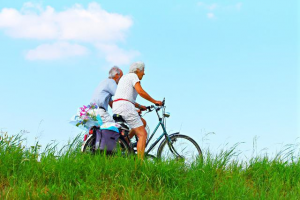 Sub-studies of the data from the KiSel-10 Study have shown that long-term daily supplementation of elderly citizens with Coenzyme Q10 and selenium has anti-ageing and longevity effects.

Sub-studies of the KiSel-10 Study data have shown that the most important biological mechanisms to explain these beneficial heart health outcomes are the following [Alehagen 2018; Alehagen 2022]:

Conclusion: Anti-aging and Longevity Effects of Supplementation with Coenzyme Q10 and Selenium

Why is the supplementation with Coenzyme Q10 and selenium necessary?

Because: The human body does not synthesize selenium but is dependent upon the diet for its supply of the trace element. In many regions of Europe and the Middle East, selenium intakes and serum levels are low because of the selenium-poor soil and selenium-poor foodstuffs [Stoffaneller & Morse 2015]; the situation is less acute in the United States but may be worthy of monitoring.

Because: Humans, once they reach middle age and progress into their senior years, synthesize less and less Coenzyme Q10 with increasing age. One estimate is that the heart cells of an 80-year-old man will synthesize about half as much Coenzyme Q10 as the heart cells of a 20-year-old man [Kalén 1989]. As it is virtually impossible to make up for the lost bio-synthesize through the diet, CoQ10 supplementation is important.

However: Note that not all CoQ10 supplements give the same absorption and bioavailability. This is an important fact. It is best to buy a CoQ10 product with scientifically documented absorption and health effects.