The blood-brain barrier. For a number of years, CoQ10 researchers have discussed whether Coenzyme Q10 from the diet and from supplements is able to cross the blood-brain barrier. Now, using a cell culture model, the CoQ10 researchers Iain Hargreaves from John Moore’s University in Liverpool and Jane Preston and Luke Wainwright from University College Hospitals in London have brought a bit of clarity to this debate. In May, 2022, Hargreaves presented their research at an international Coenzyme Q10 conference in Hamburg, Germany. 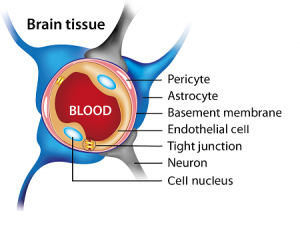 For further protection in the event of infections, white blood cells of the macrophage type can cross the blood-brain barrier and swallow unwanted substances; however, these macrophages can also cause tissue damage. Moreover, there is the outermost layer of the basement membrane, which is made up of supporting cells called astrocytes. The astrocytes are responsible for the overall control over which substances are allowed to pass as well responsible for the maintenance of the BBB.

The Purpose of the Blood-Brain Barrier

The purpose of BBB is to maintain a constant chemical environment in the brain so that the brain cells get optimal safe conditions. It is primarily water-soluble substances that have difficulty passing the BBB whereas fat-soluble substances are able to pass more easily.

Here, one would think that Coenzyme Q10, which is fat-soluble, should pass easily, but research has shown that Coenzyme Q10 has difficulty in passing through the BBB. Normally, the BBB permits only water, oxygen, and small fat-soluble substances to pass through. The problem with Coenzyme Q10 molecules is that they are fairly large.

It is well established that deficiency of Coenzyme Q10 in the body tissues can be remedied after some time with supplementation of properly formulated CoQ10 supplements. It has therefore puzzled researchers that supplements with Coenzyme Q10 have provided only transient improvement in neurological symptoms, prompting debate as to whether exogenous Coenzyme Q10 is able to cross the blood-brain barrier.

To clarify this question, Hargreaves, Preston, and Wainwright used in-vitro models of the blood-brain barrier. These models consisted of cells from mouse brain and pig brain, in which the researchers could observe whether the supply of Coenzyme Q10 could pass under normal conditions and under conditions of CoQ10 deficiency in the brain tissue.

In the next phase of the experiment, Hargreaves, Preston, and Wainwright added the substance para-aminobenzoate (PABA) to the brain tissue. PABA has among its properties the inhibition of an enzyme necessary for the body’s cells to form Coenzyme Q10. After five days of PABA supplementation, the activity of mitochondrial enzyme complexes was reduced by 70%, and the brain tissue’s content of Coenzyme Q10 was reduced by 50%.

Transporters through the blood-brain barrier

Hargreaves lists a number of transporters on the surface of the endothelial cells, which have different purposes. 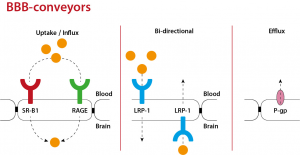 Figure 2. An illustration of the endothelial cells of the blood-brain barrier with their different transport proteins and with tight junctions between the cells. Attribution: Iain Hargreaves, 2022.

In their cell culture model, Hargreaves, Preston, and Wainwright tested factors that may be able to promote or inhibit the passage of the lipoproteins that would be expected to transport Coenzyme Q10 in the blood through the BBB. Lipoprotein transport across the BBB would be crucial for the delivery of Coenzyme Q10 (as well as other lipids) to the brain cells.

If there is resistance to the transfer of Coenzyme Q10 from the blood to the brain, then the explanation may be 1) that the CoQ10 treatment has been started too late or 2) that there are poor transfer conditions.

Researchers in the audience at the international Coenzyme Q10 conference suggested that oral CoQ10 supplements may also help the brain in the following ways: 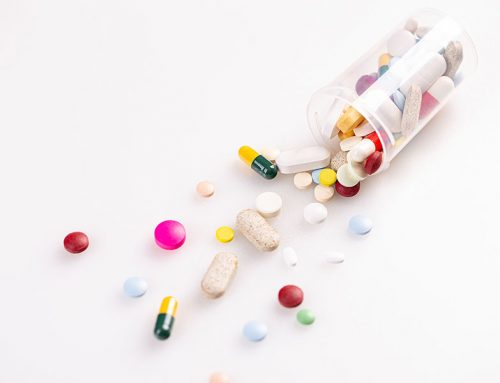 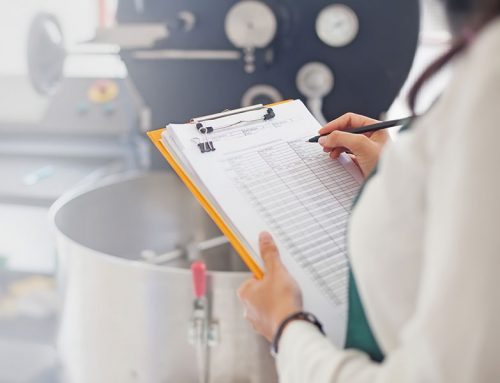