Chronic fatigue syndrome: Researchers at the Vall d’Hebron University Hospital in Barcelona, Spain, have shown that daily combined CoQ10 and selenium supplementation can alleviate the symptoms of chronic fatigue syndrome and may also address the underlying issues of mitochondrial dysfunction, oxidative stress, and systemic inflammation [Castro-Marrero 2022]. 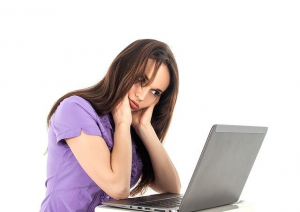 Myalgic encephalomyelitis/chronic fatigue syndrome is debilitating illness that affects millions of people. Its cause is not known. Its symptoms are persistent fatigue, muscle and joint pain, concentration difficulties, depression, and mood swings. There is no known cure.

This is indeed good news as it offers hope to millions of chronic fatigue syndrome sufferers for whom there is no standard medical treatment available.

Who Took the Coenzyme Q10 and Selenium Supplements?

The Barcelona researchers administered the combined CoQ10 and selenium supplements to 27 women diagnosed with mild to moderate chronic fatigue syndrome. The women’s average was 47 years. The women’s body mass indexes indicated that the women were not overweight or obese [Castro-Marrero 2022].

When Did They Take the CoQ10 and Selenium Supplements?

Why Did the Researchers Use a Combination Treatment?

No doubt the Barcelona researchers were influenced by the results of similar combined supplementation of healthy elderly citizens in the KiSel-10 Study in Sweden. In that study, the study participants had an average age of 78 years but were still able to live on their own.

They took 2 times 100 mg of Coenzyme Q10 and 200 mcg of selenium daily for four years. At the conclusion of the study, the study participants who had taken the combined CoQ10 and selenium treatment had significantly reduced risk of death from cardiovascular disease and significantly improved heart function compared to study participants who had taken matching placebos [Alehagen 2013].

Follow-up of the study participants for an additional eight years beyond the cessation of the four-year supplementation period showed that the risk of death from cardiovascular disease was still significantly reduced in the active treatment group [Alehagen 2018].

Prof. Urban Alehagen and the Swedish research team conducted sub-analyses of the KiSel-10 Study data that showed that the beneficial health effects of the combined treatment were positively associated with reductions in the levels of blood biomarkers of oxidative stress, systemic inflammation, and fibrosis [Alehagen 2018].

How Did the Combined CoQ10 and Selenium Treatment Work?

The data from the Barcelona study show that the combined CoQ10 and selenium treatment had the following beneficial effects on the chronic fatigue syndrome patients:

Dr. Castro-Marrero and the Barcelona researchers concluded that the combined treatment had alleviated the symptoms of persistent fatigue and poor quality of life by exerting a modulating effect on the extent of oxidative stress and inflammation in the chronic fatigue syndrome patients [Castro-Marrero 2022].

In the book The Insider’s Guide to Coenzyme Q10, Dr. William V. Judy describes a study of chronic fatigue patients in which CoQ10 supplementation was associated with an increase in exercise time and a decrease in recovery time [Judy 1993, 1998]. The book is available on amazon.com. ISBN: 978-87-7776-186-7.

They hypothesized that long-term supplementation with a combination of Coenzyme Q10 and selenium may have a beneficial synergistic effect on chronic fatigue syndrome patients [Castro-Marrero 2022].

There seems to be an advantage to using Coenzyme Q10 and selenium together, particularly in patient populations that have low levels of both substances, e.g., chronic fatigue syndrome patients, heart failure and ischemic heart disease patients, elderly citizens living in selenium-poor regions.

Please click here for more information about the benefits of Coenzyme Q10 & Selenium.