Absorption and Transport of Coenzyme Q10 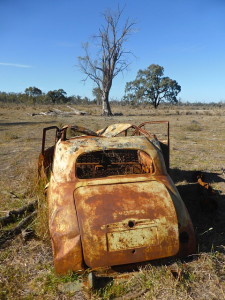 Oxidation. We know it from rusting cars and rancid butter. It is the loss of electrons in chemical reactions. The opposite process is called reduction. Reduction is the gain of electrons. Coenzyme Q10 molecules are redox molecules. That means, we can take CoQ10 supplements in their oxidized form, ubiquinone, and be confident that it will be converted to the reduced form, ubiquinol, which is the form that acts as an antioxidant and protects against the oxidation of cells and fats and proteins and DNA.

Coenzyme Q10 supplements are not all the same.  Some give a much better absorption than others. To get real value for the money we spend on CoQ10 supplements, we need to seek out and buy a product with documented good absorption.

The Coenzyme Q10 raw material is a crystalline powder.  These crystals cannot diffuse into the intestinal absorption cells.  The crystals will pass right through the intestinal tract and will be eliminated in the feces.

Semi-fluid partially digested food masses known as chyme move from the acidic stomach to the alkaline duodenum where the chyme mixes with secretions from the pancreas, liver, and gallbladder.

In the small intestines, the body’s digestive system uses pancreatic enzymes and bile to facilitate the digestion and absorption of dietary fats and of fat-soluble substances such as the Coenzyme Q10 molecules.  The Coenzyme Q10 molecules are merged into mixed micelles together with bile acids, monoglycerides, and free fatty acids. These micelles are very tiny spherical structures measuring about 10 nanometers or less in diameter. They are naturally made nanoparticles.

In basic terms, the duodenum is the place where pancreatic juices and bile salts enter the digestive system and where the Coenzyme Q10 molecules are formed into micelles.

Most of the absorption of the Q10 molecules, delivered by the micelles, occurs in the second part of the small intestines, the jejunum. The intestinal absorption cells are called enterocytes.

The micelles can diffuse easily into the intestinal absorption cells.  The micelles themselves are not absorbed from the small intestines into the lymph vessels.  It is the individual Coenzyme Q10 molecules that are absorbed.  In other words, the micelles are merely the means of transportation to get the Coenzyme Q10 molecules (and other lipid substances) through the watery phase of the small intestines and into the absorption cells.

When the Coenzyme Q10 passes from the blood to cells in tissues and organs all over the body, the Coenzyme Q10 will be converted back to the ubiquinone form, which is the essential form for cellular bio-energetics purposes.

Transporting Coenzyme Q10 in lipoproteins in the blood plasma

The body uses four forms of lipoproteins to transport fats and fat-soluble substances through the watery medium of the lymph and the blood plasma.

Times from absorption to Coenzyme Q10 concentration peaks in the blood

The half-life of Coenzyme Q10 is about 33 hours.

Coenzyme Q10 formulations and Coenzyme Q10 delivery systems are important because absorbable CoQ10 is difficult and expensive to manufacture.  We as consumers want beneficial effects from the capsules that we take daily.  For us, absorption is not an end in and of itself.  Absorption is a means to the following ends:

The information presented in this overview article is not intended as medical advice and should not be construed as such.