Absorption of Coenzyme Q10, part I

Home/Absorption of Coenzyme Q10, part I
Previous Next

Absorption of Coenzyme Q10, part I 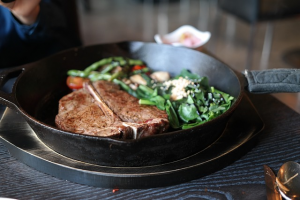 Once we pass the age of 20, our bodies begin to produce less Coenzyme Q10 with increasing age. Various medications, including statin medications, interfere with our production of Coenzyme Q10. Most of us cannot hope to make up the difference in our meals. For good heart health, we need a daily Coenzyme Q10 supplement. The ubiquinone form of supplement is the most stable form and the most carefully researched form.

Coenzyme Q10 is a vitamin-like substance that is an essential bio-nutrient.  It is vital for the cellular process of ATP energy production. It is an important antioxidant protecting the cells against harmful free radicals. It is thought to improve epithelial cell function in the blood vessels and to protect against the development of atherosclerosis and high blood pressure. In this essay, we review some of  the basic facts of Coenzyme Q10 absorption and bio-availability.

We cannot make up the difference just by eating right.  Coenzyme Q10 is a substance for which oral supplements are clearly indicated in that large quantities of foods would have to be ingested daily to meet our daily requirements of Coenzyme Q10.

A randomized, double-blind, placebo-controlled study of 420 individuals with an average age of 62 years – the Q-Symbio study — has shown that supplementation with Coenzyme Q10 significantly improves the symptoms and survival of heart failure patients [Mortensen].

Coenzyme Q10 difficult to absorb
Complicating the picture is the fact that the human absorption of the Coenzyme Q10 in oral supplements is difficult for a number of reasons [Judy 2017].

Ubiquinol is the less established form of Coenzyme Q10
Ubiquinol is a by-product of the process of cellular energy production. It is the reduced form of Coenzyme Q10.  It is the form that donates electrons. As such, it is a valuable antioxidant.  For use in a supplement, however, ubiquinol is quite unstable and will convert to ubiquinone if not handled very carefully. In the body, ubiquinol will be converted to ubiquinone prior to absorption [Judy 2017].

Ubiquinone is the most researched form of Coenzyme Q10
Ubiquinone is the form that has been researched for absorption, bio-availability, efficacy, and safety for over 35 years now (writing in early 2017). Ubiquinone has shown excellent results in large randomized, double-blind, placebo-controlled clinical trials such as the Q-Symbio study of heart failure patients [Mortensen], the KiSel-10 study of healthy elderly citizens living on their own [Alehagen], and the Gulf War Veterans study [Golomb].