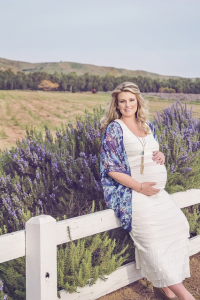 What about infertility problems and Coenzyme Q10, I was asked the other day. Mightn’t the improvement of cellular energy production and the protection against oxidative stress that Coenzyme Q10 supplements give, mightn’t they also help sperm quality and sperm motility? What about Coenzyme Q10 help for the quality of female egg cells?

Randomized controlled trial results
Italian study: Coenzyme Q10 and sperm motility
In 2009, Italian researchers at the School of Medicine, University of Ancona, in Italy, published the results of a randomized controlled trial. Their research results confirmed the effectiveness of Coenzyme Q10 supplements in improving the quality of sperm in men diagnosed with infertility of unknown origin [Balercia].

Sperm motility = the measurement of the ability of the sperm to swim forward towards the egg to be fertilized.

Dr. Balercia and the Italian research team concluded that the study results indicate a cause-effect relationship between Coenzyme Q10 levels and sperm motility.

Iranian study: Coenzyme Q10 and sperm density and motility
In 2012, Dr. Safarinejad and a research team at the Clinical Center for Urological Disease Diagnosis, Tehran, Iran, published the results of a randomized controlled trial in which the treatment group of infertile males received 200 milligrams of supplemental Coenzyme Q10 for 26 weeks.

The Israeli researched concluded that daily Coenzyme Q10 supplementation may improve sperm parameters in selective patients. They attributed the beneficial effect of the Coenzyme Q10 supplementation to improvement of the energy-dependent processes in the sperm cells and to the antioxidant prevention of lipid peroxidation in sperm membranes [Lewin].

The Canadian results indicated that Coenzyme Q10 supplementation improves the quality and quantity of the human female oocytes and improves the ovarian follicle pool [Ben-Meir].