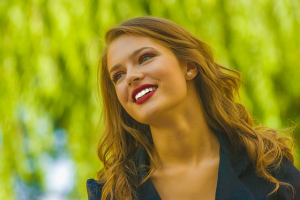 Patients with chronic heart failure are patients whose heart does not pump out enough blood with each heartbeat.  The failing heart has to work harder and harder – has to pump more times per minute – to pump enough blood containing oxygen and nutrients out to the body tissues.  The failing heart is an energy-deprived heart.  It is a heart with contractions that are not as strong as they need to be.

Coenzyme Q10 makes the heart’s contractions stronger
Numerous studies conducted over the past 30 years have yielded the following conclusions about chronic heart failure:

Digoxin strengthens the force of the heart’s contractions by increasing the amount of calcium in the heart’s cells. The increased presence of the calcium stimulates the heart to contract more forcefully.

But digoxin use needs to be monitored very carefully.  Its use is safe only within relatively narrow limits. Chronic digoxin toxicity is an ever present danger. Such factors as decreased kidney function, dehydration, disturbances in electrolyte balances, or some drug interactions can make the use of digoxin dangerous.

Coenzyme Q10 as a safe indirect positive inotrope
Coenzyme Q10 supplement is known to be very safe.  The safe upper limit for the ingestion of Coenzyme Q10 is thought to be 1200 mg per day.

In the Q-Symbio study, 300 mg per day (taken as 100 mg three times daily) was safe and well-tolerated and effective at improving the symptoms and survival of heart failure patients.

It now seems that, in reducing the amount of cholesterol in the body in the hope of reducing the extent of atherosclerosis — the build-up of plaques of fatty materials on the inner walls of the arteries – and reducing the risk of heart attack, we have reduced the supply of Coenzyme Q10 to the heart muscle cells and have increased the risk of worsening heart failure.

How Coenzyme Q10 helps the heart failure patient
In addition to improving the energy production in the heart muscle cells, supplementation with Coenzyme Q10 is thought to provide other health benefits: