Coenzyme Q10 and exercise and ageing 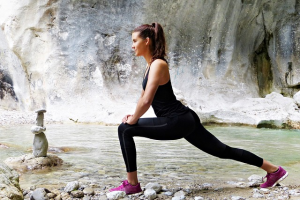 The biggest difference in elderly (70+) men and women still living at home and still relatively healthy is the extent to which they exercise.  Among elderly adults of the same socioeconomic status, nutrition and lifestyle do not vary much.  Exercise levels do vary considerably.

With the variations in exercise level come variations in ageing.  The question is, what is the role of Coenzyme Q10 status in the elderly and the rate at which they age?

Coenzyme Q10 supplementation and heart health
The Spanish study has shown that the highest levels of plasma Coenzyme Q10 are positively associated with the highest levels of cardiovascular fitness in elderly home-living individuals [Del Pozo-Cruz].  These results are consistent with the results of the Swedish research study of the beneficial heart health effects of daily supplementation of elderly citizens with 200 milligrams of Coenzyme Q10 and 200 micrograms of selenium-enriched yeast [Alehagen].

In the Spanish study, the positive relationship between plasma Coenzyme Q10 levels and cardiovascular fitness was especially strong in women. [Del Pozo-Cruz].

Coenzyme Q10 and oxidative stress and ageing
Ageing is a complex process involving the interplay of many different factors.  Ageing has serious consequences:

The free radical theory of ageing suggests that one of the underlying mechanisms of ageing is the accumulation of oxidative damage to cell DNA, cell membranes, and cell proteins.  Ironically, free radicals are generated as a natural by-product of our metabolic processes involving oxygen, and free radicals do play a constructive role as biological signaling molecules and as mediators of the effects of exercise.

However, excesses of free radicals cause cell damage that have implications for ageing and for the degenerative diseases associated with ageing:

Note: Ageing is undoubtedly a multi-factorial process, and we should not consider any one cause of ageing as explaining the entire process.

The daily Coenzyme Q10 supplement is absolutely necessary.  It belongs right at the top of our list of nutritional supplements.

Faster ageing and lower Coenzyme Q10 levels
The causes and mechanisms of ageing are still controversial.  But, faster ageing is associated with the following factors:

Physical activity and Coenzyme Q10
Exercise – physical activity – may be a two-edged sword.  On the one hand, exercise may cause the increased generation of harmful free radicals.

On the other hand, exercise may enhance antioxidant capacity and thus delay or prevent ageing-related disease processes.

And, let’s not forget, the opposite of exercise – sedentary living and high body mass index – is clearly associated with increased oxidative damage.  In the end, we conclude that we cannot afford not to exercise as we get older just as we cannot afford to gamble on an undocumented Coenzyme Q10 supplement.

Physical activity – exercise – is associated with the following health parameters:

Disclaimer: The information presented in this review article is not intended as medical advice and should not be used as such.