Covid-19 and Coenzyme Q10 and Selenium

Home/Covid-19 and Coenzyme Q10 and Selenium
Previous Next

Covid-19 and Coenzyme Q10 and Selenium

In the UK, biochemist Iain R. Hargreaves and medical doctor David Mantle have written that the initial immune system response to the Covid-19 virus and the subsequent resolution of the resulting inflammation may well be dependent upon nutritional status, including micronutrient status. Accordingly, they have investigated the relationship between the status of two micronutrients, Coenzyme Q10 and selenium, and the effect on oxidative stress and inflammation [Hargreaves & Mantle 2021]. 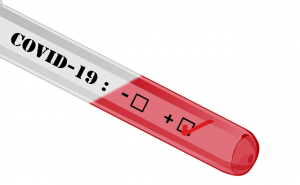 In a 2021 review article, Hargreaves and Mantle write that adequate intakes of both Coenzyme Q10 and selenium are necessary for optimal immune system defense against Covid-19 infections.

They conclude that optimal status of both Coenzyme Q10 and selenium may be one aspect of an effective program to prevent and treat Covid-19 infections [Hargreaves & Mantle 2021]. The important thing in dealing with Covid-19 infections is to achieve and maintain a balance in the immune response against the virus without causing a cytokine storm as the cytokine storm is the cause of lung injury and respiratory distress in severe cases.

Coenzyme Q10 and the Immune System

Hargreaves and Mantle point out that Coenzyme Q10 is needed in sufficient quantities for good immune system function:

In sum, Coenzyme Q10 may be what is needed to enhance the immune response against the virus [Hargreaves & Mantle 2021].

The thing to remember is that, in our adult years, our cells synthesize less and less Coenzyme Q10. We cannot make up the loss by eating more or by eating wisely. Daily supplementation is a necessity. We need the extra Coenzyme Q10 for cellular energy generation and cellular antioxidant protection [Judy 2018].

Moreover, it is known that certain prescription drugs, statins and biophosponates in particular, reduce the ability of the cells to bio-synthesize Coenzyme Q10 [Okuyama 2015].

Synergistic Interaction at the Cellular Level Between CoQ10 And Selenium

Selenium is a trace element that we must get from diet and supplements. Supplements are particularly important in selenium-poor regions of the world [Haug 2007].

Selenium is essential for the optimal functioning of both the innate and adaptive immune systems [Hargreaves & Mantle 2021].

Selenium is needed for the reduction of CoQ10 molecules to the ubiquinol state. Hargreaves and Mantle suggest that supplementation with Coenzyme Q10 alone is not likely to have an optimal effect against Covid-19 if the level of selenium is sub-optimal.

We are more vulnerable to the deleterious effects of oxidative stress if we have sub-optimal levels of Coenzyme Q10 or antioxidative seleno-enzymes or both.

Oxidative damage to cells and tissues occurs when there is a predominance of harmful free radicals over protective antioxidants. The irony is that the highly reactive free radicals are produced in all cells as a by-product of normal cell metabolism [Hargreaves & Mantle 2021].

Sub-optimal levels of selenium are associated not only with increased oxidative stress but also with the altering of the genome of viruses in such a way that an otherwise benign or mildly pathogenic virus can become highly virulent [Beck 2003].

Typically, inflammation is a part of the body’s response to infection, and, normally, the inflammatory process is shut down after the tissue repair via an inflammation negative feedback loop [Hargreaves & Mantle 2021].

But, in some Covid-19 patients, the inflammation is uncontrolled and is characterized by the cytokine storms that we hear so much about. These cytokine storms cause damage in the lungs, heart, liver, and kidneys. The Covid-19 patients who suffer organ damage are known to have high blood levels of the pro-inflammatory cytokines IL-1, IL-6, and TNF [Hargreaves & Mantle 2021].

A 2017 meta-analysis of data from randomized controlled trials revealed that CoQ10 supplementation is associated with significant lowering effects on inflammatory mediators including C-reactive protein, interleukin-6, and tumor necrosis factor-α [Fan 2017].

What do we know?

In the randomized placebo-controlled KiSel-10 Study, researchers gave healthy elderly Swedish citizens (average age: 78 years), who were low in selenium, a combined treatment of 2 x 100 mg of Coenzyme Q10 and 200 mcg of selenium from selenium-enriched yeast or matching placebos daily for four years. The study participants who were given the combined CoQ10 and selenium supplementation had significantly reduced cardiovascular mortality and significant reductions in the blood levels of two bio-markers for oxidative stress and five bio-markers of inflammatory response [Alehagen 2013; Alehagen 2015a; Alehagen 2015b; Alehagen 2019].

Hargreaves and Mantle conclude that the positive effects of combined CoQ10 and selenium supplementation on oxidative stress and inflammation show promise in the treatment of patients with COVID-19 disease. They recommend taking a CoQ10 supplement that is manufactured to pharmaceutical standards and that has documented bioavailability in human subjects [Lopez-Lluch 2019]. Similarly, with respect to selenium supplements, they recommend taking a supplement that is manufactured to pharmaceutical standards.

Alehagen U, Aaseth J, Johansson P. Less increase of copeptin and MR-proADM due to intervention with selenium and coenzyme Q10 combined: Results from a 4-year prospective randomized double-blind placebo-controlled trial among elderly Swedish citizens. Biofactors. 2015a;41:443-52.

Haug A, Graham RD, Christophersen OA, Lyons GH. How to use the world’s scarce selenium resources efficiently to increase the selenium concentration in food. Microbial Ecology in Health and Disease. 2007 Dec;19(4):209-228.