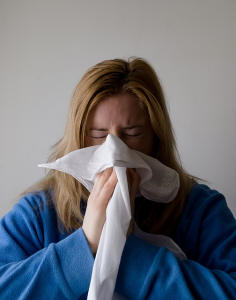 Many different prescription drugs, the statin medications prominent among them, inhibit the bio-synthesis and/or absorption of Coenzyme Q10. And Coenzyme Q10 is vital to life.  We must be mindful of the need for a well-formulated Coenzyme Q10 supplement whenever we are taking a Coenzyme Q10 depleting medication.

Coenzyme Q10 is “the essential bio-nutrient” (in the words of the chemist Dr. Karl Folkers), and our bodies produce less and less of it as we get older.  It is practically impossible to make up for the decreased bio-synthesis from food alone.  We, all of us, need a well-formulated Coenzyme Q10 supplement.

The biological functions of Coenzyme Q10
There are a number of health-related reasons why adequate absorption of Coenzyme Q10 is important in the years when our bodies produce less of the substance:

Even without the interference of nutrient depleting prescription drugs, human bio-synthesis of Coenzyme Q10 will have a pattern of continuous decrease with further ageing after the age of 20 years [Kalén].  Adequate Coenzyme Q10 status is important to good heart health [Folkers] and to graceful ageing [Alehagen].

Prescriptions drugs likely to reduce Coenzyme Q10 status
Dr. Ross Pelton, editor of the naturalpharmacist.net, has compiled a useful list of prescription medications that may inhibit either the bio-synthesis of Coenzyme Q10 or the absorption of exogenous Coenzyme Q10 or both.  With his permission, I am presenting an outline of his list.

1. Statins = cholesterol lowering drugs that may also “function as mitochondrial toxins that impair muscle function in the heart and blood vessels through the depletion of Coenzyme Q10 and ‘heme A’, and thereby (decrease) ATP generation” [Okuyama]

4. Adrenergic agonists (clonidine, methyldopa) = agents that have adrenaline-like effects but that may inhibit the action of Coenzyme Q10 in the heart muscle cells [Kishi 1977]

5. Beta-blockers = drugs prescribed for high blood pressure, angina, and some abnormal heart rhythms … over 20 different beta-blockers are implicated in the depletion of Coenzyme Q10 [Pelton]

7. Sulfonylurea & Biguanide medications for diabetes patients = may inhibit Coenzyme Q10 action to the extent of having a further adverse effect on insulin bio-synthesis in diabetics [Hechtman]

8. Tricyclic antidepressants = medications to restore the balance among various neurotransmitters and thus alleviate depression but also medications that can deplete the body’s levels of Coenzyme Q10 [Sinatra]

Coenzyme Q10 is a must-have supplement
As Dr. Pelton has enumerated in his Drug-induced Nutrient Depletion Handbook, there are numerous prescription drugs that can have a deleterious effect on the body’s Coenzyme Q10 concentrations.